Turning 25 for me wasn't a huge deal, and I've been somewhat calm about it for the past 10 months. But now, with just 6 weeks to go until I turn 26, I'm starting to panic a little. That's only 4 years until the big 3-0, eek! Ok, so having a boyfriend who will be 40 in just over the same amount of time does make it a tiny bit easier but still... There are some things I've only really noticed since turning 25 last May. 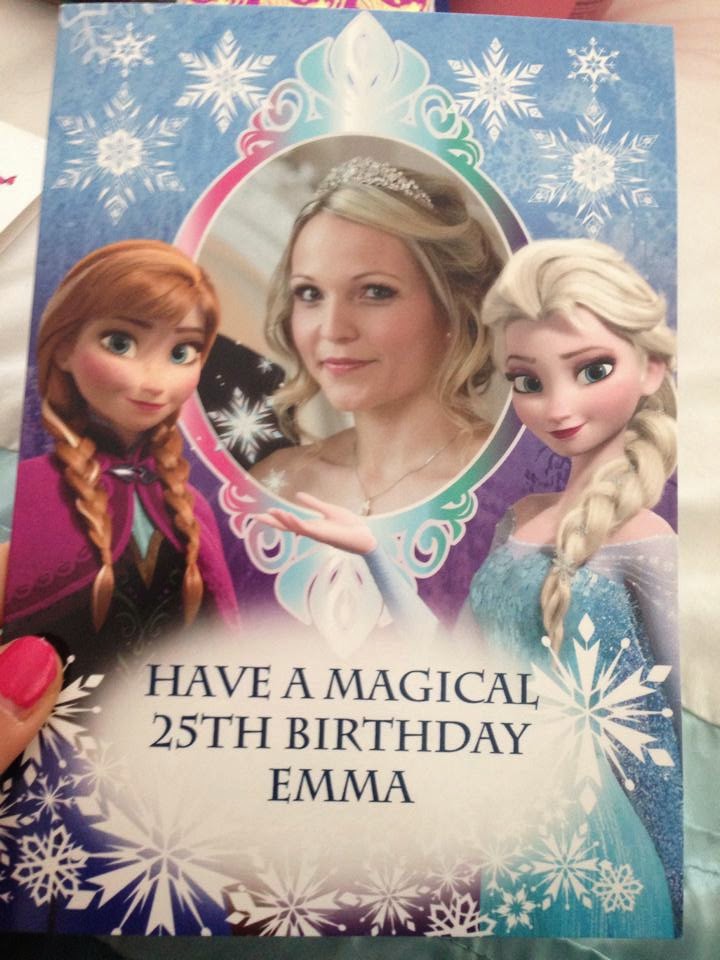 1. You start exercising. And not just attending that class once a week that kind of makes you feel like you can justify eating a pizza and a 'sharing' bag of chocolate buttons when you get back home. When did it start becoming so hard to keep the weight off? Damn you slowing metabolism!

2. You start to make an effort with your skincare. Although I am pretty good at taking my makeup off each night (although not when I'm in the first few weeks of a new relationship), I've not really bothered with anything more than a quick face wipe and moisturiser. Lately I've been thinking I need to add some more steps to my routine and maybe even go down the anti-ageing skincare route...

3. You start caring about nutrition and healthy eating. And no, I'm not talking the latest fad diet. I'm talking proper science stuff in order to try and fight off the pitfalls of that damn slowing metabolism. I've ordered Cameron Diaz's body book, which has amazing reviews so I'm hoping a read of that will equal her body? Crossing my fingers on that one...

4. You start actually craving sleep. Like, you'll wake up wishing you could go back to sleep, dream about sleeping all day long and then when you're back home from work, you get into bed as soon as physically possible. Since when did turning a quarter of a century equal stockpiling on sleep?

5. You start thinking about the future and wishing you had a proper savings account, you know with more than a couple of hundred quid in it, and regret not taking part in the pension scheme at work, and thinking maybe it's about time you got yourself a mortgage and sensible things like life insurance and a will. When did life become so serious?

6. You go out in town and feel like your mum. Why are there so many teenagers around wearing barely any clothes? Surely you weren't out clubbing that young? Surely you didn't dress like that? And why do they have to make you feel so bloody old next to them?

7. You begin to favour CDs to the radio on your daily commute. A sing along to Bat out of Hell beats random chart songs I've never heard of hands down. Bonus points for saying things like 'music was so much better when I was younger'

8. You start shopping for clothes in places like Next rather than River Island and Top Shop. It just starts becoming too hard to pull off the latest trend alongside those teenagers you're in town next to.

9. Your supermarket trolley starts looking all sensible- fresh meat, vegetables, eggs, yoghurts, cheese, even sweet potatoes! Once your trolley stops resembling the menu for a kids party you are officially an adult.

10. You find yourself ordering wine, or even better, Prosecco, with your meal. You can totally act sophisticated whilst eating your pasta.

11. Your house is filled with candles. There may even be Pot Pourri in your bathroom. And you secretly love shopping for things for the house, sometimes more than clothes shopping.

12. You've actually started working on your pelvic floor, rather than just saying you're going to.

13. You own blankets/a throw, a onesie, fluffy socks/slippers or big fluffy dressing gown or all of the above and are not ashamed to put these on, in the house, as soon as you get home from work.

14. You enjoy nothing more than a nice long walk in the country, followed by a meal and a glass of wine in a cosy country pub with your partner.

15. You read your teenage diary and cringe. And then cringe some more. What. Were. You. Thinking??

16. You're no longer embarrassed to do a pee sample, buy a pregnancy test, take a trip to the GUM clinic, have a smear test or buy condoms.

17. You can remember things like butterfly clips, Keenan and Kel, Sabrina the Teenage Witch, Goosebumps, Jaqueline Wilson books, Pokémon cards, Bewitched and Aqua. And miss these simpler times. Ahh growing up in the 90's...

18. You have at some point in you life owned a Spice Girls branded item of clothing. And may still own it. And may now be considering pulling it out and seeing if it will still fit (FYI- it won't).

19. You've started counting down the years/months/days until you turn 30... And despite being concerned about it, you've planned your celebrations down to the last detail. Even though it's still 1507 days away...

20. You can't quite get over the fact that the child film and TV stars you grew up with are now in their 30's and no longer resemble the cute faces from back then.

21. You start craving holidays, almost as much as you crave chocolate spread on pancakes.

22. You go out at the weekend and are still recovering by Wednesday.

23. On said night out you find yourself feeling like going to bed at 11.30pm. You may even catch yourself yawning. Staying out until the early hours feels like actual torture and trying to function on a few hours broken sleep will probably be the second biggest mistake you made, the first being the late night subway you ate on the way to the taxis.

24. You become obsessed with social media, in particular checking to see what stage the people you went to school with are in their lives. So, Jenny from Psychology is married with two kids now... And the guy you had a crush on in Business Studies owns his own successful business... Why am I not at that stage yet?

25. You realise that you're halfway to 50 and a quarter of the way to 100, if you even make it that far. And you have a little panic/cry/hyperventilation session.
thought up by Emma-Louise at 12:45 pm
Email ThisBlogThis!Share to TwitterShare to FacebookShare to Pinterest
Labels: being 25, quarter life crisis. turning 25, things you do at 25