Why Every Bride Needs a Bridezilla Moment

Being a Bridezilla isn't exactly something most brides would want to admit to. The name itself conjures up some sort of monster! 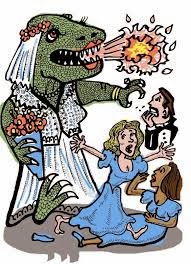 I remember watching a scene in 27 Dresses before I was engaged where the lead character's sister who is about to get married is labelled a bridezilla... The general idea is being one is something you should avoid at all costs and that nobody will like you if you let the bridezilla, which I believe resides in all of us, out in the open. 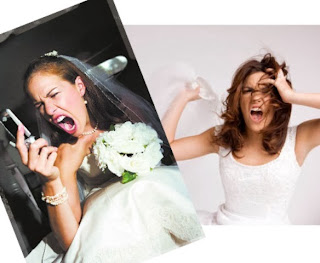 Perhaps controversially therefore, I actually think it is a good idea to have at least one major bridezilla outburst during the planning of your wedding. Before you label me some sort of freak, let me explain.

During the planning stages of my own wedding, I have so far had around 3 major bridezilla 'episodes', along with several much smaller outbursts. Now, I am sure my family and Tim will tell you that these were neither pleasant nor fun, but I do think they had a purpose and that I actually came out from them having learnt valuable lessons. 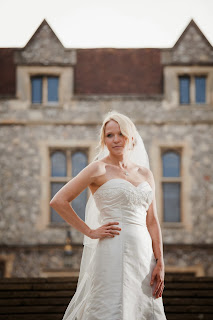 The first was about my dress. I had been somewhat rushed into purchasing a dress at the shop I was sure I wanted to buy my wedding dress from during a 'sale' weekend. The sales lady, looking back, knew exactly what she was doing and she sold me a dress which neither suited me nor was 'the one' for me. It was (in fact, still is as I am still struggling to sell it 9 months later) two sizes too big for me and completely unflattering to my figure. I knew deep down that it wasn't for me. After a big tantrum, I decided to go out and look at other dresses to prove to myself that it was in fact the dress for me, only to inevitably find my dream dress in another shop. As I had bought my first dress as a sample, I was stuck with it, but assured myself I could sell it on and I bought the second dress. As I mentioned, I haven't been able to sell the first one yet (nightmare!) but if I hadn't of had my outburst and gone shopping again, I might not have found my dream dress and I would still be wearing a dress I didn't feel good in for our wedding day. 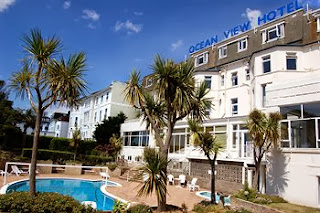 My second big outburst came after several strained conversations between myself and our wedding coordinator at our initial venue. When first planning our wedding we had a very different plan of what we wanted and when we found a venue offering a great deal we booked to look around and speak to someone. Unfortunately this is where the issues started as the actual wedding coordinator was away at the time and we met with someone else who, it turns out, didn't actually have the authority to be telling us what we could and couldn't have as part of the package. We loved the venue and the price they offered seemed too good to pass up so we arranged to pay the deposit as soon as the coordinator returned. After a conversation with this woman, it was evident  we weren't able to get anywhere near as much for our money as the original man had told us so we immediately got off on the wrong foot with her as she started saying no to basically everything. We still booked with them as I did love the venue but after the coordinator started acting like I was a nuisance for asking questions and avoiding phone and email conversations with me, I decided enough was enough. After having a big meltdown when I thought I wouldn't be able to have the day of my dreams after all, Tim told me to stop worrying about it and we started the hunt for a new venue, finally settling on the Ocean View Hotel in Bournemouth. The coordinator there was so lovely and accommodating and made us feel our day was special. I finally felt excited about our wedding again! If I hadn't of let Tim know how low it was making me feel, I might have stayed with the first venue and not enjoyed my day as much. We were fortunate to get the deposit back from our first venue and get a great deal at the second, but even if we had of ended up losing some money, I would still have changed venue. You should feel excited about your wedding day, not made to dread it. 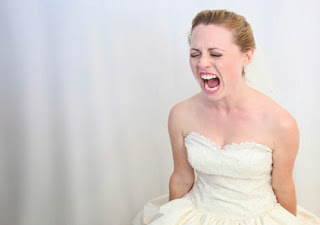 My third and probably biggest bridezilla moment was a few weeks ago, returning from a break away with my mum the stress of planning the wedding pretty much entirely on my own got to me and I ended up letting everything out to my poor mum who was driving us home at the time. I felt that I was the only one interested in the wedding, the only one excited about it and therefore I should cancel everything and elope (sounds drastic but I am sure about 80% of brides have had at least one moment like this). I was angry at everyone for not 'being helpful' until my mum (very bravely, considering my mood) pointed out that nobody was able to help me as I was so adamant I wanted to do everything for myself. I hadn't let anyone have the chance to help. Even my hen party and bridal shower have been completely planned by myself, despite my sister being willing to help.

Now, I know that this is making me out to be a mega bitch so before I start being hated I would like to explain that when you are a bride to be you tend to escape the real world from time to time and enter the wedding world where everything is about perfect centrepieces and having the day you always dreamt of. It can be easy to get swept up in everything and forget what a wedding is really all about- marrying the one you love, and having friends and family there to celebrate with you. After I had finished my tantrum, my mum calmly explained that people did want to help me, if I would only let them. 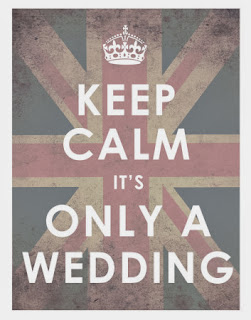 I maintain that if it weren't for this outburst, the feelings of resentment that had been steadily building up inside me would have come out at a much worse time, and I needed my mum to bring me back down to earth with a bump to make me appreciate those who love me are excited and will be even more excited when the wedding actually comes around.

So, fellow brides to be, don't be ashamed if you let your inner bridezilla out. Embrace it and learn from the experience. Sometimes it takes an outburst of massive proportions to truly appreciate what's important.

thought up by Emma-Louise at 5:02 pm
Email ThisBlogThis!Share to TwitterShare to FacebookShare to Pinterest
Labels: brides to be, bridezilla, planning a wedding, wedding stress