Home, Business, Children, Weddng.... An Update on my Hectic Life!

Hello again... Not really sure how many of you still see this Blog. I could in fact be talking to myself... Having somehow managed to trick both kids into falling asleep at the same time (a huge achievement considering neither usually nap in the day), I have decided to finally take the plunge and start back up with the writing. After an absolutely ridiculously long break from blogging, I am feeling a little like a newbie again and, as I say, I may well be talking to myself! However, with so much change in my life and things becoming rather stressful at the moment, I am craving the release I get from pouring things out to a blank screen, so here goes nothing...

Well, as I say, things have been constantly changing lately in my life. In April we found a flat and, in a move that seemed somehow much more grown up than having kids, Tim got himself a mortgage and we finally got the keys in June. It hasn't been total smooth sailing since. Finding damp in Cameron's room back in Summer was pretty awful and we had a period of time when I just wanted to sell up and get out of here. Luckily, after treating the damp and repainting as well as buying Cameron a new bed, things have calmed down again and we are enjoying being a little family in the lead up to Christmas. We may well sell in the next couple of years as we do plan to expand the family again sometime not too far in the future, and with it being a two bed flat we always knew it wasn't permanent. We will cross that bridge when we come to it though, and for now, everything is ok.

My business also started up in April and I officially became a self employed events coordinator. Things have been relatively slow to start up, which to be honest, suits me just fine as I have had so much else going on and Carly is still very young. I have run two charity ladies events and have assisted with planning some weddings for 2014 and 2015, including my own (more on that in a minute). I have really enjoyed networking and meeting people in the area who I might not have otherwise met. I went through a period of time when I thought it might be easier to find a full time job, but for now I have decided to revamp my business plan and try something a little different in the New Year before making any big decisions. I need to remind myself that businesses don't become hugely successful overnight. They take time, dedication and a huge amount of ambition, something I have never been short of, so I am crossing my fingers for a bright 2014. 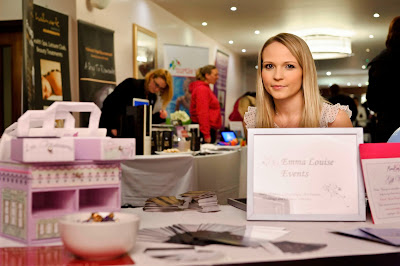 Talking of 2014... with just over three months until the wedding, things have picked up speed in the plans for our own big day! I can't quite believe how fast time has been passing lately. Carly turns one in just under two weeks, which in itself, is crazy. I remember buying her flower girl dress in the Monsoon sale this January and wondering whether she would fit into it as I bought 12-18 months. One of the main things I will be blogging about over the coming months is the wedding (as it does tend to fill my every waking thought at the moment!). I have lots coming up this month including a meeting with our new wedding coordinator at the venue, my hair and makeup trial, my hen and bridal shower and mine and the bridesmaids' alterations fitting, eek! It's one of the most exciting months in terms of planning so I will be posting lots hopefully (must.make.time.for.blogging!).

I think that's the main updates. Cameron is now three (again, time going crazy fast) and is just coming out of a nasty bout of tonsillitis which resulted in us being in the hospital with him last week. Carly now has a nasty cough, but crossing everything she is all better for her very pink first birthday party next weekend!

If there are people reading this, please feel free to comment so I know I am not talking to myself (it's the first sign of madness, don't you know)!