Why Date Night is Important 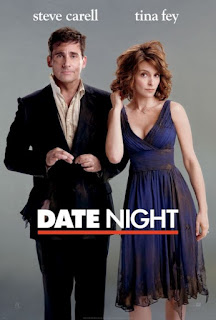 I don't often write about my relationship, apart from my recent updates regarding our engagement. However, I have recently been thinking about the difficulties of keeping a relationsip special during pregnancy. Let's face it, being pregnant doesn't exactly make you sexy. The first trimester saw me stop exercising because I felt too sick and tired. In fact, Tim was lucky if I made it out of bed long enough to say hello to him when he came round to see me. And being in bed all that time didn't mean more sexy time. In fact, quite the opposite happened as doing what had gotten me into that position was the last thing on my mind....

The second trimester came and I thought things would get better but the sickness remained for a few more weeks, and even after it had gone and I had gotten enough energy back to get out of bed and start attending an antenatal exercise class once a week, I still didn't feel affectionate towards my poor boyfriend (soon to be fiance). I had started showing very early on and by the middle of the second trimester I resembled a small whale (now growing to look more like a pretty large whale). My old stretch marks suddenly darkened and became much more prominent, and walking even a short distance became my Everest. Things were not looking great.

I question Tim's sanity about proposing to me when I hadn't exactly been number one girlfriend in recent months, but I am very glad he did. It has come at a fortunate time, for as I reach the end of the second trimester and can almost see the finish line, albeit very far ahead, I have regained my mojo so to speak and am starting to embrace my new pregnant figure. As a result I have become more affectionate and am feeling more loving.

I think something that has managed to keep our relationship going through the sometimes tough times during this pregnancy has been date night. This was originally going to be weekly, until I realised that this would soon start costing a lot. It is now once every few weeks and doesn't have to be fancy, in fact I prefer it to be as low key as possible now I am the size of the aforementioned whale. This week for example, Tim and I went to our local Pizza Hut and then rented a film at Blockbuster, which we watched back at my house with a bag of popcorn. 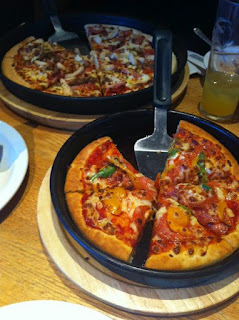 Date Night doesn't have to be too expensive, it doesn't have to be too impressive. The main thing is that we both make the effort to put aside other things in our life to spend the evening together and talk. Tim doesn't live with me yet and I often don't see him during the week, and as we don't really talk on the phone, it is nice to catch up on these nights and chat about what has been going on whilst we've been apart.

As I am often dressed in leggings and a vest top these days it is nice for me to have an excuse to stretch out one of my pre pregnancy going out tops, teamed with my trusty black maternity trousers and to pamper myself and make an effort with my makeup for Tim. It shows him that I still care and want to look my best for him, and it gives me a confidence boost.

We are fortunate to have my mum who is more than happy to have Cameron for a few hours every so often to make date night possible. I hope that once the baby comes we will still be able to make time for date night as we will need the break more than ever then. so that we can truly get away from being 'mummy' and 'daddy' for a bit and just be Emma-Louise and Tim again.