As this is my second pregnancy, I'm not that worried about labour as I've done it before. I know it will most likely be painful but that I have to do it and other than that I'm just impatient to meet my baby. I am looking forward to going to antenatal classes, as it's something I didn't get a chance to do in my first pregnancy. However, I am more looking forward to meeting other mums to be in the area than gaining information, I guess I just feel they won't be able to tell me anything I don't already know.... 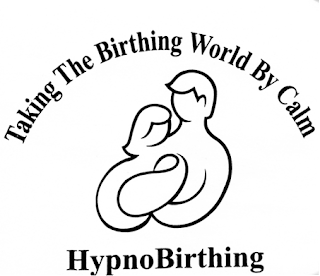 A few days ago I saw an advert for a free taster session for Hypnobirthing locally. Hypnobirth is something I have heard of but never really taken an interest in. I guess I just see people who rely on relaxation methods when giving birth as a little bit 'different' to how I was and will most probably be during labour. Despite this, I wanted to give it a chance and see what it was all about. If nothing else I figured it would be good for Tim to get a taste of what antenatal classes might be like in advance. I was pretty worried that I would feel out of place and I will admit that I did when I arrived and clocked the tiny bowls of dried fruit on the table as 'snacks'. I've never been a dried fruit kind of girl and this gave me the instant feeling of not belonging (yes, I know that is really bad, but I aim to be honest!). Personally I would have preferred fresh fruit or crisps (I know they are bad for you but seriously, a pregnant woman has her cravings and dried fruit just won't cut it!).

There turned out to be only one other mum to be in attendance to the session and to be honest she managed to annoy me within a minute of talking to her when she guessed we were around the same stage of pregnancy from the size of my bump and then proceeded to say that she was 31 weeks... Not a great start when I am self conscious about my size! This woman was really into hypnobirthing and I felt a bit like I was intruding as her and the teacher were talking lots about her planned homebirth etc. I plan to have my baby in the midwife led unit attached to the hospital most probably with more pain relief than this woman would ever consider.

The session involved a short introduction along with a video on the history of hypnobirthing. The teacher then went through the basic theory behind hypnobirthing and Tim found it interesting when she started talking about muscle groups as he spends most of his time in the gym... To be honest, most of this went totally over my head and I felt a bit bored and like I was back at University in a lecture. It didn't help that I was having some crampy pain which was worrying me, having been in the hospital the night before due to a UTI.

After this we were told we would be doing a relaxation exercise. This involved the teacher reading through a script meant to make us go into a deep relaxation which would help ease the pain of contractions. My mind kept wandering and I was worried about the pain I was feeling at the time so didn't think I would be able to relax but strangely I did feel myself float away a bit and although I was aware of still being awake, I also felt very strange and like I wasn't really there. I managed to wake right up at a point when I was supposed to fall deeper into the relaxation, and then had to close my eyes again and get back into it, but at the end I felt like I'd had a lovely nice sleep. 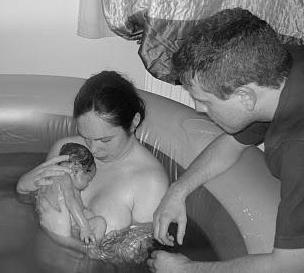 We were shown a film of a birth using the hynobirthing techniques which was ok but I felt it was pretty out of date as it was filmed a long time ago. I also again felt I was out of place as the woman in the video was much older than me. Hypnobirthing just doesn't seem like something young and modern to be doing, not that this makes it a bad thing, but it just doesn't help appeal to me as a young mum. I was a bit concerned that Tim would have been freaked out by the video as he was reluctant to have watched One Born Every Minute and that was far less graphic! However, afterwards when I spoke to him he said he was surprised that it didn't bother him as much as he thought it would, which bodes well! There was a bit more talking after the video, including me telling the teacher about my last birth experience and being hooked up to the IV drip and her explaining her classes and availability.

I had known before attending the session that I couldn't afford the class prices and, in my opinion, they are very overpriced for what is essentially an antenatal class teaching a different approach to birth. However, I wanted to give the class a chance and I feel I did. I will be looking into getting a hypnobirthing book and CD as I did like the main ideas behind the technique, and I felt better for having done the relaxation exercise in the session.

I wouldn't go for a completely natural childbirth. Although I like the idea of having the baby in water, I don't hold out a lot of hope as there are limited number of birth pools available and things can prevent a water birth being possible, as I found in my last labour. I will try to use some relaxation techniques to help myself stay as calm as possible but I will still be using some pain relief during labour, definitely gas and air as it helped last time, and most probably pethidene as well. I will also be shunning a relaxation CD and instead using a compliation of my favourite songs as I used in my labour with Cameron. I find things that I am used to and will distract me are a lot of help in labour and I feel I would get stressed out with music that is 'meant' to keep me calm. 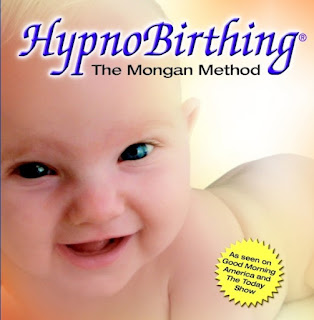 For anyone thinking of trying out hypnobirthing I would definitely advise going to a free taster session if you can find one as it will save the cost of attending a full priced session and then possibly finding out it wasn't for you. I would also suggest buying a book online, there are some great ones on Amazon complete with the CD for around £10. Of course, for some people hynobirthing will be amazing, and I do admire women who can go through childbirth without pain relief. I don't think this is necessary though, and I don't feel any less of a woman for giving in and admitting birth can be painful and using pain relief.

Have you used hynobirthing techniques during labour? Did they work for you? Would you recommend any particular methods to help during labour?