Pregnancy appears to make me Rant.... A Lot! 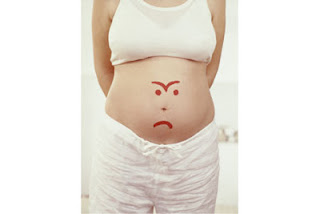 I am not alone in my annoyance about the latest thing to get me worked up, however. After speaking to a few people about my experience with antenatal classes during my last pregnancy, including Facebook friends and health professionals, I have been met with resounding shock and indignation that what happened to me should not have happened.

When I was pregnant with Cameron I was single and going it alone. My midwife at the time was quick to mention this at a routine appointment at around sixteen weeks. We had been discussing antenatal classes when she mentioned to me that she thought it might be best for me if I gave them a miss, instead offering me individual classes at my home at around thirty weeks of pregnancy. Her reason for this? She said that she thought I might be lonely and feel alienated attending the classes as a young, single mum. At the time I didn't question it. I didn't really know what the classes entailed and didn't think I would be missing out on much. In the end I didn't receive the promised individual classes either, I'm not sure if they are even possible to be honest. 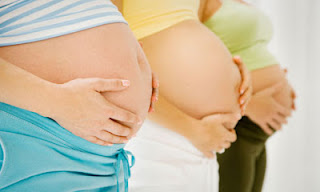 I still don't really know what the antental classes cover and so don't necessarily feel that I was less prepared for Cameron's birth than other mums were, although people tell me that things would have been a lot less stressful during labour if I had of been more prepared for what would happen.

Looking back on the whole experience now, I do feel somewhat robbed of an experience I can never really get back. I do fully intend to attend antenatal classes this time round, if not for me then for my boyfriend who is doing this for the first time. However, I believe I will go into these classes with a sense of not needing to be there as surely I already know what to expect now, having done it all once before? I am really angry that the midwife I had with Cameron was allowed to use her own poor judgement to prevent a nervous first time mum from getting the education she was entitled to just the same as anyone else, whether in a couple or not.

I would urge any pregnant first time mothers to consider attending an antenatal class in your area, even if you are doing it alone like I was. The classes can really help put you at ease and feel prepared for labour and I hear they are also a great way to meet fellow expectant mums in your local area (something I definitely could have done with as I have yet to make one local mummy friend twenty one months after having Cameron). Midwives do know what they are talking about 95% of the time, but on some matters make sure you use your own judgment as well. I wish I did.
thought up by Emma-Louise at 11:09 am
Email ThisBlogThis!Share to TwitterShare to FacebookShare to Pinterest
Labels: angry pregnancy rants, antenatal classes, antenatal nhs class, midwife advice, pregnancy classes