I've seen quite a few mummy blogs taking part in something to raise awareness about breastfeeding in the last couple of weeks. Although I am not involved in this, it has inspired me to talk about my own breastfeeding 'journey' as they say.

It seems the topic of whether breast really is best and even if it is, should this message be pushed upon all expectant mothers? Should those who choose not to breastfeed, for whatever reason, be set upon and branded selfish and ignorant? Although I am definitely 'pro' breastfeeding and will without hesitation be attempting to breastfeed again with this baby, I am definitely not one to force my opinions on others. I do understand that some mothers are unable to breastfeed and some just simply don't feel it is right for them and their child. I think, like so many parenting decisions, it is such a personal choice whether you breastfeed your baby and for how long and it is not my place to lecture anyone. Instead, with this post I simply aim to recall my personal experience of breastfeeding Cameron and provide any new mothers who might be reading with tips and products that helped me and therefore may also help you, should you decide to breastfeed.

I knew that I wanted to breastfeed Cameron very early on in my pregnancy. I would say straight away, but honestly, who pees on a stick and immediately thinks, 'I know, I'm going to breastfeed this child when it comes'? Nobody truthfully. It was probably a few months in that I decided to definitely breastfeed and started looking into breastfeeding products and adding breastpads and pumps to my ever growing list of things to buy/beg/steal for the baby. It didn't really cross my mind that I might not be able to breastfeed, and I didn't buy any bottles or formula 'just in case' for this reason.

When it came round to it, Cameron didn't latch on easily at all to begin with. He was born with jaundice and tongue tie, both of which were quite distressing for us both and the tongue tie meant that he found it harder to get his mouth around my (pretty inverted) nipples. Cameron was born at half one in the morning and by that afternoon I was desperate to get out of the hospital and be at home with my baby. Everything was fine with both me and Cameron, but the midwife kept insisting that I would not be allowed to leave unless Cameron had a full feed, witnessed by one of the midwifery team. With time ticking by and the threat that if it got to dinner time and I was still there I would be staying another night, I became extremely stressed out and for this reason I obviously found it even harder to manage to feed Cameron myself. In the end a (much kinder) midwife gave me an infant pre-made bottle of formula to take with me 'just in case' and I was discharged and allowed home.

On the way home we decided it was best to stop off and get something for dinner at the supermarket (yes, I was insane to go shopping the day I had given birth!) and once there, I picked up a couple more instant cartons of baby formula just to be on the safe side in case Cameron still wasn't able to feed from me. I got back to my nan's, where we were staying the night, and once relaxed, I was able to give breastfeeding another go. Cameron managed a small feed, but I didn't feel he was getting enough. I ended up speaking to someone on the breastfeeding support line, and it was arranged for a midwife to come and visit me the next day. I gave Cameron the infant formula at bedtime to make sure he was getting enough milk.

The next morning we noticed a rash on Cameron's body. At his appointment at the maternity hospital later that morning the doctor examining him decided the rash was a little worrying so transfered us to the children's ward at the big hospital. It was though Cameron might have to stay in overnight but luckily a consultant deemed the rash nothing to worry about and we were sent home. The stress of the day had taken its toll and I was unable to breastfeed at all that evening. Cameron again had baby formula instead. My meeting with the breastfeeding consultant was postponed due to the hospital visit.

When I did get around to seeing the midwife, I was given some amazing advice. She explained that a combination of Cameron's tongue tie, my stress and slightly inverted nipples was preventing Cameron from being able to latch on properly and so he wasn't getting enough milk. She gave me a packet of nipple shields and observed me using them. Immediately I recognised a difference and was able to give Cameron a proper feed. Being able to feed Cameron so well with the nipple shields meant that I was less stressed and this made my milk flow more freely which also helped with the feeds. I bought another pack of nipple shields and continued to use them (I have since found out that it is not advised to use them past the initial stage as they can prevent the baby from being able to latch on without them, but this was never an issure for me and Cameron personally).

I was able to breastfeed during the day without problems from then on, but feeding Cameron during the night was starting to take its toll on me especially once I went back to University just a week after having him. I was exhausted from having to wake every hour to feed Cameron and, after about two weeks of this, I decided to start formula feeding him at night. My health visitor warned me that doing this would most probably stop my milk supply and I would be unable to feed Cameron at all but luckily this wasn't the case for me and I was still able to breastfeed during the day.

It was still stressful, however, especially as Cameron's hourly feeds meant I was unable to stay in University for longer than an hour at a time, and during two hour lectures I had to excuse myself for a few minutes in between in order to feed Cameron who would be brought to me by either my nan or mum, who were looking after him. The pressure started getting to me over Christmas, when Cameron was three months old, and I made the tough decision to stop breastfeeding altogether in the new year when Cameron was four months old. I don't regret this decision, as it instantly made me happier and more relaxed. What I do feel, however, is that I want to beat my four month 'record' as it were, with this baby as I will be under less pressure. I won't be working or at University for the first few months of the baby's life, and I would love to be able to breastfeed at least up until six months this time round.

The products that helped me when breastfeeding: 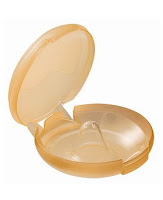 These were literally my best friend when I breastfed Cameron. I will be putting a pair in my hospital bag ready in case I face the same latching problems I did with him. AMAZING! 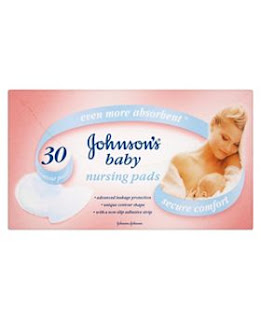 Johnson's Baby disposable breast pads
Available from Boots for £3.05 for a pack of 30
Even if you don't end up breastfeeding, your body will most probably produce milk for awhile after having the baby (and sometimes even before the baby comes). These were a lifesaver, especially when at University, to prevent embarassing wet patches *cringe*. 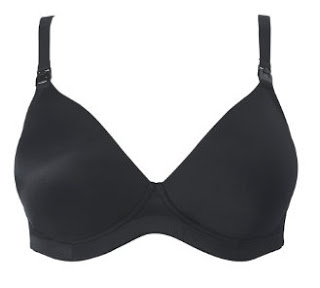 Nursing Bra
Available from Mothercare for £16
I only had one nursing bra as I was pretty poor at the time when I had Cameron, and due to only breastfeeding him for four months, but I would advise having at least two as sometimes I had to resort to normal bras when it was in the wash and this was not ideal! This design is comfortable and practical but I would definitely feel better in a more stylish version this time round. 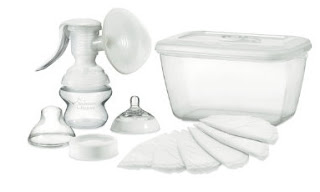 I was bought this as a babyshower gift and it served its purpose but I will admit that it was difficult to use and often so tiring that I only used it when I absolutely had to. I would love an electric pump this time round but they are just so expensive!

The products on my wishlist this time around: 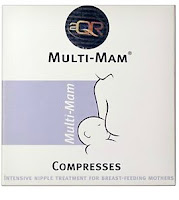 Multi-Mam Compresses
Available from Boots for £9.99
These sound like heaven for sore, swollen breasts and I will be putting them on my shopping list for sure. 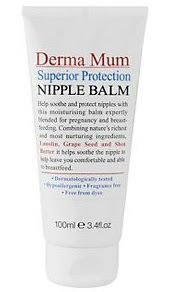 Derma Mum Nipple Balm
Available from Boots for £7.99
Nipple cream wasn't really something I used last time round but it's always a good idea to have some in case of cracked or sore nipples. This one promises superior protection. 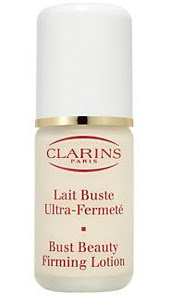 Clarins Bust Firming Lotion
Available from Boots for £37 for 50ml
I didn't use stretch mark oil enough on my stomach or boobs after having Cameron but use it religiously in this pregnancy and will continue to after baby is born. This bust firming lotion would of been perfect to help firm up my poor little breasts after feeding took its toll. Will be saving up and getting this! 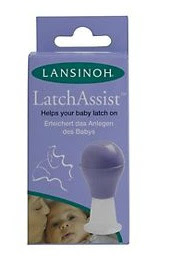 Lansinoh Latch Assist
Available from Boots for £8.12
This would have solved my slightly inverted nipples problem, and although this is no longer an issue (thanks to breastfeeding Cameron), it also helps with engorged or swollen breasts so I might look out for this product if I have any problems again. 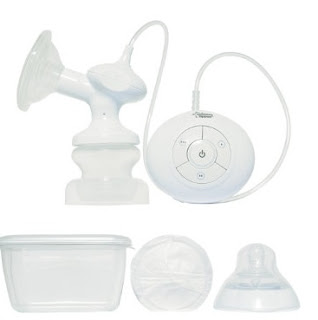 Tommee Tippee Closer to Nature Electric Breast Pump
Available from Mothercare currently on special offer for £49.99!
Having said electric pumps were too much money last time, I found the same model as I had with Cameron but electric currently with £50 off! Bargain! 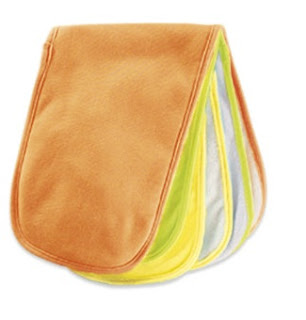 Coloured Burp Cloths
Available from Mothercare for £4.99
These cloths look great for when the baby inevitably spits up or is sick, or just to wipe up any spills or leaking breast milk at the end of a feed.

Are you planning to breastfeed? Did you breastfeed your baby? I would love to hear your stories in the comments below!