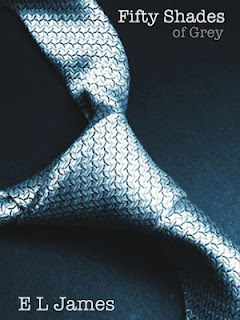 Having now finished the first book I would say I am a little in the middle of the spectrum. The book is a page turner and I have already bought the second and third books in paperback because I have really gotten into the story. However, I do agree to some extent that the author is really not very good at writing. She has poor grammar and tends to repeat phrases so often that it gets annoying (not to mention how many times the main characters say Mr Grey/Miss Steele).

On top of that there is the annoying 'subconscious' and 'inner goddess' she insists on going on about every other page which can get incredibly cringey to the point where I started to try blocking it out whenever the inner goddess would be mentioned. I would still recommend anyone who has yet to read it to give it a go despite these negatives as, like I say, I couldn't stop reading it so she must be doing something right. What I would say is that if you are easily shocked by sexual references then this might not be the book for you as there is sex in every chapter without fail and some of it is pretty explicit even for me, and I am not against experimentation.

Overall a good book and I will be starting the second one this afternoon.