My Old Friend is Back...

Ever have one of those days when you just feel like you can't go on? Today has been that kind of a day. I think the hardest thing is admitting you are finding things hard. I feel such pressure to be some sort of superwoman. I work a 40 hour week at work and on my days 'off' I go back to being full time mummy to my two children. Don't get me wrong, I absolutely love spending time with them. It's just that sometimes, it would ne nice to actually stop and relax. I fear this post is turning into a moan. 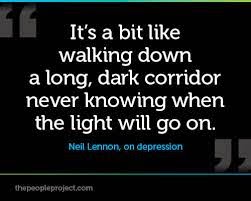 I have come to the realisation just tonight, that the depression is back. As fellow sufferers will know, it never truly goes away entirely, just sits and waits for the next attack, which for me, is now. Those who have never suffered from depression may find it difficult to understand. I know some people will find it hard to see how I can feel depressed when I seem to have everything going for me. The fact that I have become incredibly good at faking a smile both in person, and through the power of the positive Facebook statuses, means that most people would think everything was just fine. And that's what I say if people ask. "I'm fine. Everything is fine". But it's not fine. 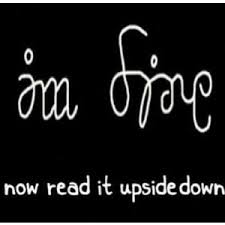 When I have depression it's like a great big dark blanket has come down over me, making it hard to see the positive things I have going on, making my mind focus only on the negatives, the what-ifs, the nagging doubts that just won't leave me. I have hugely low self esteem and care a lot more than I should about what other people think of me and these two things couple with depression, reducing me to an emotional wreck.  I can be coping one day and the next, feel like my entire world is collapsing around me. It's exhausting. 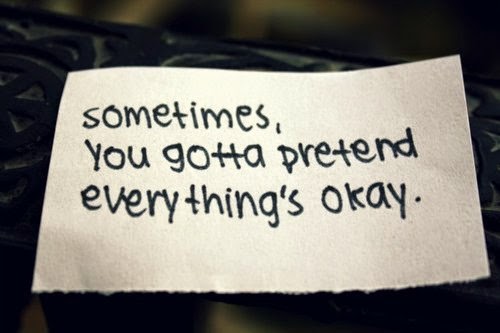 I went to the doctors today as I have been having dizzy spells and ended up in a&e last week with severe stomach pain. I was going to mention my low mood, and I did say the word emotional, but when the doctor wrote all my symptoms off as stress I didn't say anything. It's easier to just keep going and pretending that everything is as fine as I say it is. And despite my low self esteem, despite not feeling I can cope at times, I know deep down that I will, as I have done before. And I do have a lot to be thankful for in my life. I know I do, even in my darkest times, I can remember I have a loving family, amazing children and a boyfriend who tells me how much I meant to him every day. 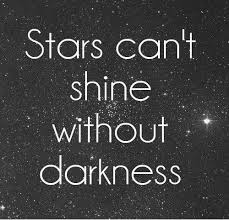 So I'm hoping the power of determination to keep going will shine through. But for now, I plan on reading a trashy magazine with Friends playing in the background, trying to resist the chocolate I've hidden in the cupboard for emergencies (I need to stick to the diet)!