The Power of Ex 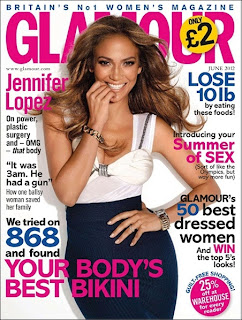 I was reading an article in the latest issue of Glamour magazine on thinking about what you have learnt from your past relationships, and I found this really interesting. I am the first person to slag off my ex boyfriends but, as the article suggests, I looked past the bad things and how the relationships ended and instead focused on what I have taken from these relationships which have shaped me as the person I am today.

My first boyfriend I started going out with when I was fifteen years old and I was with him on and off for the following two and a half years, finally splitting up with him just after my eighteenth birthday. The relationship was filled with cheating, arguments and making up and breaking up. What I came away with from it was the knowledge that I didn't need a man to survive as I had thought at the start of the relationship. It showed me that it was better to end things with someone who wasn't right for you than to stay with them for fear of being alone (something my mum had figured out just ahead of me when she finally ended her second marriage to my brother's dad). I also learnt more about myself. I learnt more about what I liked and didn't like and what I didn't want from a man (most notably that I didn't want to be cheated on and treated badly again).

I had around a six month gap before going out with my second boyfriend, a guy I had met on my Uni course in October and had started speaking to a lot over the Christmas break. We went out for eighteen months, but the cracks had started appearing after the first year together and things were awful between us by the time we finally split in June 2009. I learnt from that relationship that I should never settle for someone because they were a safe choice, someone who would calm my slightly wild ways and make me a better person as ultimately all it did was make me treat someone badly, which I am not proud of. I also learnt that I shouldn't change who I am to please someone. I had spent the relationship pretending I had a secret love for heavy metal when really I couldn't stand it!

After that relationship ended I ended up starting a long distance relationship with a guy I met through my work placement. He lived in London and we both worked long hours but managed to see each other once a week most weeks. We were together for six months before I ended it for fear of getting hurt. We were most probably about to get back together when I discovered I was pregnant with Cameron (we presumed at the time it was his baby but in fact he was the result of a short rebound relationship). As he never wanted kids, things went from bad to worse and we never recovered from it. Although most of my friends and family would say this was my worst relationship, I disagree as it taught me the most and was right at the time. I had been with someone who I couldn't be myself with for a year and a half before him and this guy allowed me to be totally myself. When I was pregnant and hormonal I ended up opening up to him more than I have ever opened up to anyone and so I also feel that he knows me the best. Most importantly I learnt what I wanted from a relationship and from life itself. He never wants kids or marriage and they are both things I definitely want. I view having children as the biggest achievement you can have and am very proud of where I have got in life so far. I also learnt that sometimes being with someone who isn't Mr Right but is Mr Right Now, isn't necessarily a bad thing. Sometimes it is the break from serious relationships you need to reassess what it is you want and to have some fun.

Ultimately all three of my previous relationships have taught me important life lessons and made me more aware of who I am myself, and the person I want to be with. I feel all three of them have helped me on the path to find my current boyfriend who I couldn't be happier with. I know some people are bound to be critical of the fact that I have been with him for seven months and am three months pregnant but I don't care. We both want children, I didn't want a big age gap between Cameron and a sibling, and we both knew early on how serious we were about each other. This is right for us so I don't care what anyone else thinks.

Have you learnt anything from your past relationships? Do you agree with me that your past shapes your future and helps make you the person you are today?

thought up by Emma-Louise at 6:13 pm
Email ThisBlogThis!Share to TwitterShare to FacebookShare to Pinterest
Labels: about me, Cameron, exes, Glamour magazine, life lessons, pregnancy, the past