You may remember me mentioning that the other day I went to the cinema with my boyfriend to watch The Woman in Black and I absolutely loved it! 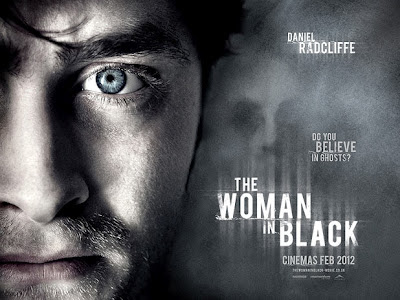 I was not sure whether I would as I studied the play for GCSE and have seen it twice at the theatre. The story is really good though, so I gave the film a chance and I actually enjoyed the film just as much as I did the play. The film has made a few changes but nothing major and I think, if anything, this simply added to the story and made it even scarier. 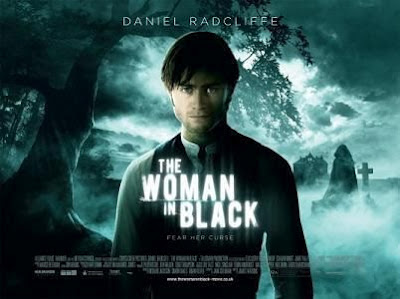 I always find it hard writing film reviews, especially when a film is relatively new, as I don't want to ruin the plot for those yet to watch it. The basic premise is that an old woman has died and Arthur Kips has been sent to a little Northern village to sort through her papers as part of his job. Upon arriving at the village it is clear that there is something not quite right with the occupants; several children have died and there is a sense of foreboding amongst the adults. Nobody will go near Eel Marsh house where the old woman used to live. As Arthur spends more time at the house, he starts to uncover some rather chilling information which puts a whole new light on the story. 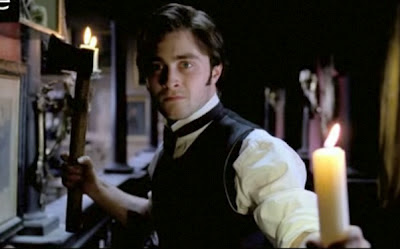 There are some huge jumps in the film, my boyfriend swore quite loudly at one point because he was not expecting something to happen. I felt that the effects were used really well. I am very rarely scared by horror films, having watched so many of them, but this one really creeped me out. I was especially scared by the old fashioned toys so watch out for them if you go to see it!

I cannot recommend this film strongly enough. If you like a good horror then this is definitely one to watch. If you are easily scared I wouldn't advise it however as I felt like I was going to have a heart attack at one point. I would also say that whoever decided to make it a 12A was an idiot. Do not take a child to see this film, not only is it quite gruesome and disturbing in places, the language in the cinema audience was definitely not for young ears!

thought up by Emma-Louise at 3:10 pm
Email ThisBlogThis!Share to TwitterShare to FacebookShare to Pinterest
Labels: film review, woman in black