On the Wednesday it was looking a little overcast so we ended up stopping at a little marina and my brother and I went out on a rowing boat across the lake! It was actually really fun, depsite the fact that I was a little concerned I would fall in the lake, and the fact that I was wearing very unsuitable shoes for rowing! My brother did most of the rowing, but I had a go and it was so hard, my arm muscles were killing after just a little while. I also managed to row us up onto the shore at one point which was not good... It was great being out on the water though and I looked very attractive in my life jacket! 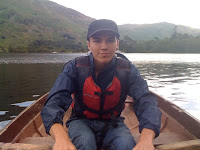 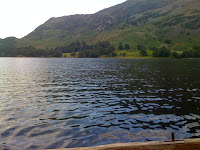 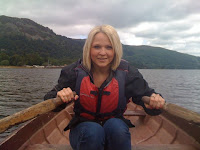 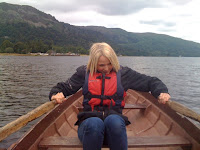 After we had returned to the shore, we got an ice cream with my mum, nan and Cameron, and then carried on in the car, ending up on a mountain pass. It was pretty scary to begin with driving up into the mountains, but the views were stunning. We ended up in Ambleside and stopped for lunch by yet another lake. It had turned really hot by this point but me and my mum went for a walk into the town with Cameron in search of a touristy shop, the likes that sell fudge and gifts. I bought Cameron a windmill as he was mesmerised by it when he saw it. He absolutely loved it right up until he managed to break it a few days later! Grr! I also bought my mum, my nan and myself gemstones which were really pretty. I didn't want to leave my nan out so I bought him a lucky Buddha! 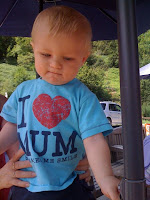 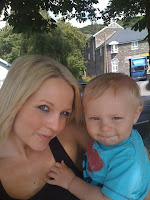 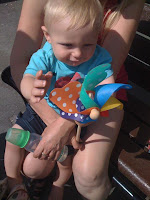 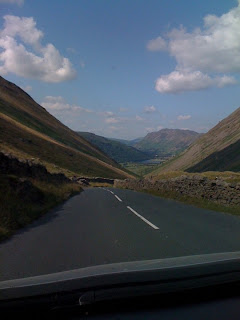 ﻿﻿ We drove back to where we were staying, on the way stopping at Morrisons for provisions. I bought Funny People on DVD. We considered going for a meal in the local town but they had an infestation of flying ants, they were literally EVERYWHERE! I hate flying things so I was in a bad mood and we decided against it and instead went back to our apartment where the others had sausage and mash and I went to the resort play park with Cameron before having a curry and watching the film. The film came with free popcorn, bonus!
﻿

The next day we decided to do something especially for Cameron and set out for a wildlife park. It was the one rainy day of the holiday but I think that almost added to the fun of it as we all looked hilarious in our hooded rain macs and Cameron in his little hoody, fighting with the hood as he hates having his head covered. We saw a lot of animals including a goat called the Cameroon Goat which made me laugh, and lots of monkeys. We also saw a few zebras, one of which seemed to like us verrrry much (ewww!). 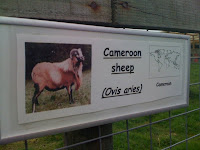 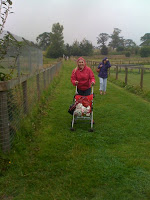 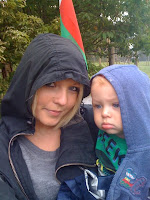 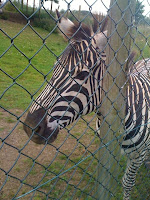 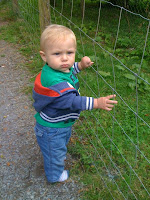 I was quite glad to get into the warm in the end though and I played with Cameron in the ball pit whilst my mum and nan braved the rain some more to see a bird of prey display. I am so pleased I didn't see it as my mum said it was horrible, they saw the bird go off and collect a vole and rip its head off in front of the audience, pulling guts out and everything, ewww!! We went to Cockermouth (heehee) and as it was still horrible weather we didn't spend much time hanging around and instead found a nice little cafe to have lunch in. Sadly the meal I wanted was sold out which meant I was in a grumpy mood as I didn't like anything else. I had a chicken and leek pie but the chips with it were so greasy I ended up feeling very sick so didn't eat much.

After lunch we went to Boots and I bought a couple of beauty 'essentials' and my mum bought some Kendel Mint Cake. By this point it was pouring with rain, we got soaked! We went back to the resort and took Cameron swimming which was really fun. He went in his big yellow floating device and loved swimming around with me and my brother. We went to the entertainment, which was an ex west end singer and he was actually really good. Cameron loved it and after it had finished he was crawling all the way around the big ballroom and flirting with all the little girls on the dance floor. 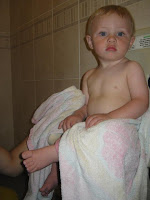 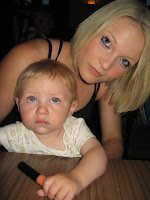 On Friday we had a bit of a disasterous last day as halfway to Carlisle my brother, who had stayed at the resort, phoned us to say his face had swollen up and he thought he might need to go to the hospital. We stopped and spoke to a doctor and they said to make an appointment for later in the day so we carried on to Hadrian's wall. The wall was very unimpressive in my opinion, and they were trying to charge ridiculous amounts to get into the touristy part so we didn't bother. It was so weird how close we were to my other brother in Newcastle when we were there! 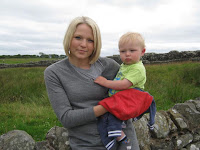 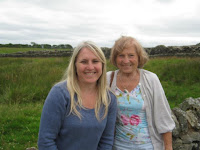 We drove back to the resort again but on the way Cameron was very sick which was a bit of a nightmare, and he was very unsettled, poor little man. It was a bit of a nightmare day. My mum took my brother to the doctors whilst me, Cameron and my nan sat out in the sun and then got ready for our last meal of the holiday. We chose a nice little pub in nearby Penrith and Cameron even had his own little kids meal which he loved and ate about half of it which was pretty good considering he is not yet 11 months! I had a steak pie which was quite nice. On the way back we stopped off at the food shop and some idiot in a bright yellow car drove into the hire car! Luckily we got the details off of him, though he did try and just get away without owning up. We are hoping my mum doesn't have to pay anything as it was not her fault after all! It was a pretty rubbish end to the holiday though. 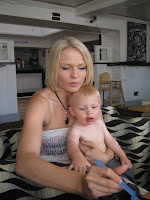 That evening was spent doing the usual end of holiday chores, I washed my hair and we packed everything back up. In the morning we set off at a pretty silly time and ended up stuck in a lot of traffic, meaning our long journey was even longer! We stopped off at my mum's friend's house in Gloucester and had a bit of a catch up with her and her husband, before driving the last couple of hours back home. 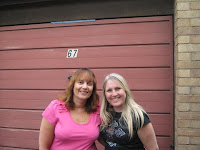 It was a long, long day, and tensions ran high throughout so it was great to be back and be able to get back to blogging!

I hope you have enjoyed reading about my holiday, if not- don't worry as I rarely go away! Have you been on a summer holiday this year? Are you going on one? Let me know!

thought up by Emma-Louise at 11:34 pm
Email ThisBlogThis!Share to TwitterShare to FacebookShare to Pinterest