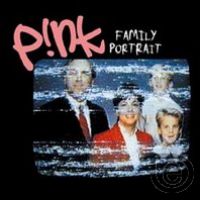 My mum and stepdad split up after years of arguing, but the final straw was when my stepdad picked up and threw a heavy snooker score board at my brother's head. They were upstairs in the attic of our 4 floor house, which my brothers shared as a bedroom. I was below in my room when I heard the commotion and my mum suddenly screaming for me to phone the police.

I rang them immediately, not pausing to investigate. Whilst I was on the phone my stepdad came running down the stairs and slammed out the front door, pulling the house phone out of the wall on the way past. Luckily I was on my mobile so stayed on the phone to the police, reporting the crime and also asking for an ambulance as my brother was injured. Both came really quickly and we were rushed to the hospital. My brother was not badly hurt, but that night was a turning point for us all.

My stepdad handed himself in to the police and spent the night in a cell. The next day my brother had to give a testament about the incident. I must admit I don't remember much more about it, but know it never went to court. I do know that it resulted in my mum filing for divorce, not an easy thing for her to do, having already been through one divorce from my dad, but enough was enough. My mum is a really strong woman and she was not going to stand for abuse to her children.

There was always a bad relationship between my brother and my stepdad as my brother looked so much like my dad who my stepdad was jealous, it isn't an excuse but it was his excuse. He would always leave my brother out and favour me, and when him and my mum had a baby of their own, things got so much worse. He would buy our younger brother things and leave me and my other brother out and would tell my younger brother to not share his food, toys etc with us. He would also bully my older brother, constantly belittling him.

When he got older and was able to stand up for himself, things worsened as my stepdad then justified to himself that he was allowed to fight back if my brother were to try and defend himself. He only actually hit or pushed him a couple of times, but they were a couple of times too many. It was awful living amongst this, though I cannot imagine how my brother was feeling, being the one who was bullied by his own (step) parent...

For years I begged my mum not to say anything to my stepdad, to just leave it as I hated them arguing even more than what he did to my brother. I realise now how selfish that was, but at the time I was just a scared little girl. I am so glad she finally divorced him though as he was, and still is, a nasty human being who never deserved to be with someone as lovely as my mum. I still remember huge arguments between my mum and stepdad over his treatment of my brother... He would throw things at her, plates of food, cups of coffee. He would go right up in her face and scream at her. He was a coward though, as all bullies are. He would shout and scream and slam doors and destroy furniture, doors and objects. He would leave the house for hours at a time whilst he sulked.

Things were so awful throughout my teens that the song Family Portrait would often be played by me whilst I lay crying in bed. I would play the song by Kelis that says 'I hate you so much right now' at top volume so that my stepdad would get the message... Things were really tough... I am so proud of my mum for being both a mum and a dad to us a lot of the time growing up.

thought up by Emma-Louise at 12:10 am
Email ThisBlogThis!Share to TwitterShare to FacebookShare to Pinterest