My Mini Guide to Online Dating

My Mini Blog for More! this week is on how hard it is to date as a single mum. Following on from this I have had a request to write a more in depth post on Online Dating.

I thought I would channel my inner Andy Andrews in How to Lose a Guy in Ten Days and write a How to on Internet Dating. (I use http://www.plentyoffish.com/ )

A short disclaimer before I start, I am not pretending to be an expert on dating of any kind, let alone Internet, neither will my list necessarily guarantee you success in the dating world. It is merely for fun, as internet dating should be, so enjoy!

How To Internet Date:

1. Use a flattering photo! 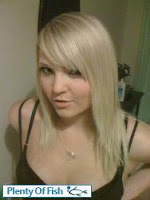 As shallow as it is, the first thing most people will look to when searching for a date online is the person's profile picture. It is useful to use one that you think you look good in as the liklihood is that others will agree. Some people find it impossible to see themselves as attractive, for these people I would suggest asking a good friend to choose one for you. Where there is the option to add more than one photo, I would definitely suggest it. I use the extra photos to show different sides of me. For example, if I have used a sexy pouty picture for my main display photo, I will choose a more demure girly one for a second shot.

As obvious as this one sounds, there are a frightening amount of people out there pretending to be people they aren't, whether it is full blown identity theft, or just adjusting a detail here and there to make you seem more appealing to the opposite sex. Although this might work in the short term, what is it really going to gain you in the long run? What happens when you turn up for that date not the 5'9 busty blonde you advertised yourself as, but the considerably shorter, flat chested brunette? If the person you want doesn't want the type of person you actually are, it isn't meant to be! Stick to the facts when filling out your dating profile. One of the main obstacles in my dating life happens to be my gorgeous little baby boy, but do I leave out his existance on my profile? No! Because I want the men who chat me up to chat me up as the person I am, a young single mum, rather than an illusion which will only be shattered before long. 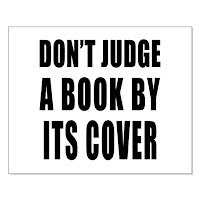 This can seem a hypocritical point after the first point, but as much as we do tend to all be a little shallow, we should aim not to be. One of the main reasons people opt for internet dating over normal dating, after convenience, is wanting to avoid going for the same 'type' of partner. By scrolling down the list of screenames on a dating website and choosing who to talk to or respond to simply by the tiny thumbnail displayed is more than a little silly, though I am guilty of doing this. If you only talk to that 'type' you are always going back to, then you will only end up with the same 'type' of guy and only have yourself to blame. So if your particular type isn't working out for you then maybe you need to take a look inside the books, go for a guy who is the opposite of who you normally go for, and see where it goes!

4. Read beyond the awful chat up lines...

5. Throw the 'dating rules' in the bin

There was a time when it was considered an awful sin for girls to come onto guys. This is an outdated rule, along with many others, that should be left behind. In the world of online dating there are no major rules. Women have just as much responsibility as men to take control of their dating, we should not be scared to make the first move, especially in an age where making this move is as easy as a few clicks on a keyboard. So, instead of simply signing up to that dating site and then sitting back, refreshing the page every so often to see who has contacted you, why not scroll through the profiles, pick out those that catch your eye, and take control of your own dating destiny? I promise you it will be worth it, if only to feel empowered!

So those are my top 5 tips for Internet dating girls. I am still searching for my Mr Right over the world wide web, I wish you good luck finding yours! 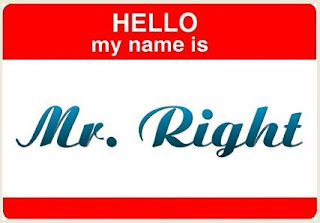 thought up by Emma-Louise at 10:15 pm
Email ThisBlogThis!Share to TwitterShare to FacebookShare to Pinterest