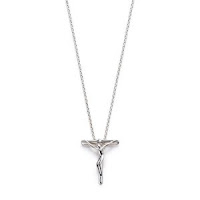 First of all, do not fear, I am not about to go all churchy on you and try and force my opinions on you because everyone is entitled to opinions and all that jazz! I have, however, had people telling me I shouldn't be having Cameron christened because I am not 'a proper Christian' or some rubbish, just because I haven't been going to church every week for my whole life... This is totally unfair, and narrow minded.

I am, in fact, what is referred to as a 'lapsed' attender. I used to go to Church a lot more when I was younger, often with my dad's then girlfriend (my sister's mum) in London, where they lived at the time. I will admit, this is probably what put me off attending a church as it was a bit too happy clappy for my liking. I went to Sunday school sometimes instead of the service, and I felt very self conscious and as if I was being judged for not being there every single week (which would have been impossible as I lived in Kent with my mum at the time).

I also will admit that for a while I did not go to a church because I had lost the faith that I had in it. This was when my Grandad passed away and I felt that if a god who was meant to be nice, and in power, could take such an amazing person away from me, that he wasn't worthy of my support. Instead, I got into the Spiritualist church, and attended a lot of services at these churches in Kent and, later, in Poole and Bournemouth. I still would say that I am a spiritual believer, alongside being a Christian.

When I was pregnant and alone, and with my ex boyfriend threatening to kill himself every other day, feeling so alone, I decided to give my faith another shot. I don't care if this sounds bad, it is the truth. When I started bleeding heavily at 17 weeks of pregnancy, I did pray to God that my baby would be ok. When he was, my faith was restored a little. When Cameron was born, it turned my life around. I used to have no direction and would never settle in a relationship, scared of getting hurt, or of hurting the other person. I would drink a lot and sometimes do silly things when drunk. Having a little baby dependant on me has made me reassess my life and come to the realisation that none of the silly stuff matters anymore. Only being a great mum and being able to support my baby by getting my degree and earning money matters to me now.

I felt I found my faith again when I was pregnant, and it was Cameron who helped me find it. I knew I would have Cameron Christened from that moment I discovered he was alright after bleeding. I wanted him to be given the chance to be a Christian, like his mummy and the rest of his family. If, when he is older, he decides he doesn't have that faith, like I did when  I was a child, then he can just leave his faith behind. I won't be forcing anything on him. He is his own person, but I would like to give him the Christian start in life as I do believe in the fundamentals behind the religion.

I started attending my mum's local church around November time. I did not just do this to get Cameron Christened there, the Vicar himself told us that we didn't have to reguarly attend to have a Christening. I started going then because I had not had a chance to before and because I didn't want to be a hypocrite and have my son Christened, without first getting back into the faith properly myself. I haven't been able to attend every week, mainly due to having so much Uni work on at the moment, but I do go whenever I am able to. From going to these church services, I have actually learnt a lot, and have definitely regained my faith. I feel I have more purpose in life, and can apply the readings and prayers that are said in Church, to my own life.

I am not a preachy person, I am not going to start dressing more conservatively or stopping drinking altogether or no longer sleeping with anyone until I get married, but I will not have people tell me that I shouldn't have my son Christened, when I am a Christian, and I want him to start life as one too. People can do what they want. I am not going to start telling people what to do with their children, I think other people shouldn't tell me what to do with mine.

I cannot wait until the Christening. It is now only 6 weeks away, and I have nearly everything ready for it. I will be putting up a new post soon with the final touches to the planning.
thought up by Emma-Louise at 2:25 pm
Email ThisBlogThis!Share to TwitterShare to FacebookShare to Pinterest