I feel I am living a constant battle at the moment. I am aiming to lose some weight and tone up in time for my brother's wedding at the end of May and the start of Summer, but at the same time I love food, and wine, which makes things a little harder!

I have been generally eating healthier meals lately. Ed cut out carbs so a lot of our meals have been just meat and salad or veg, which is obviously better than some of the meals I used to eat in the past, but when I eat bad foods I tend to go overboard... These are a few of my good, and not so good, and downright awful things I have been eating lately... 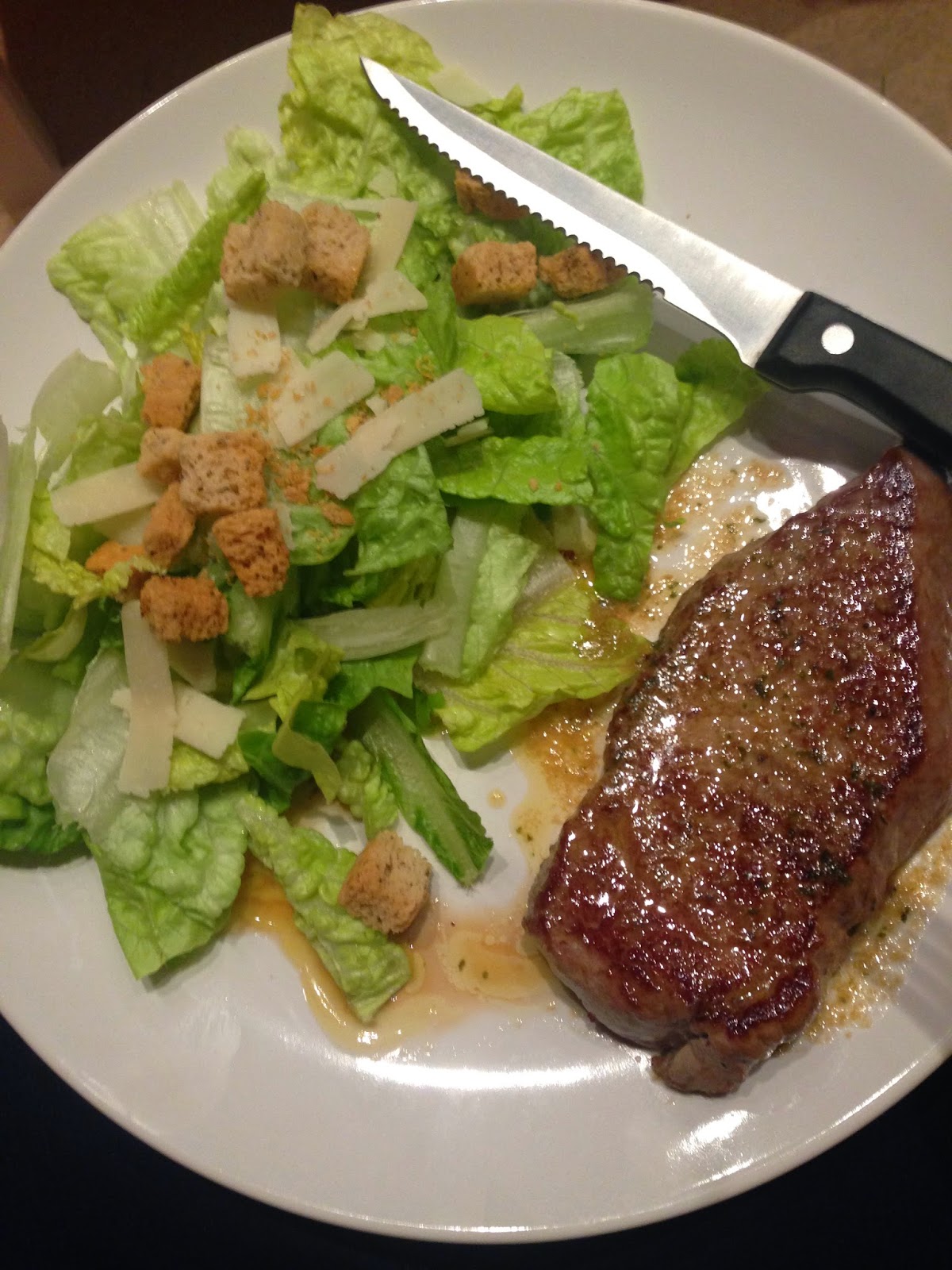 This is what Ed and I will eat on a Tuesday after Boxing as it is very quick and simple and pretty good for us too. We use Caesar salad but I don't like the dressing so have it plain. 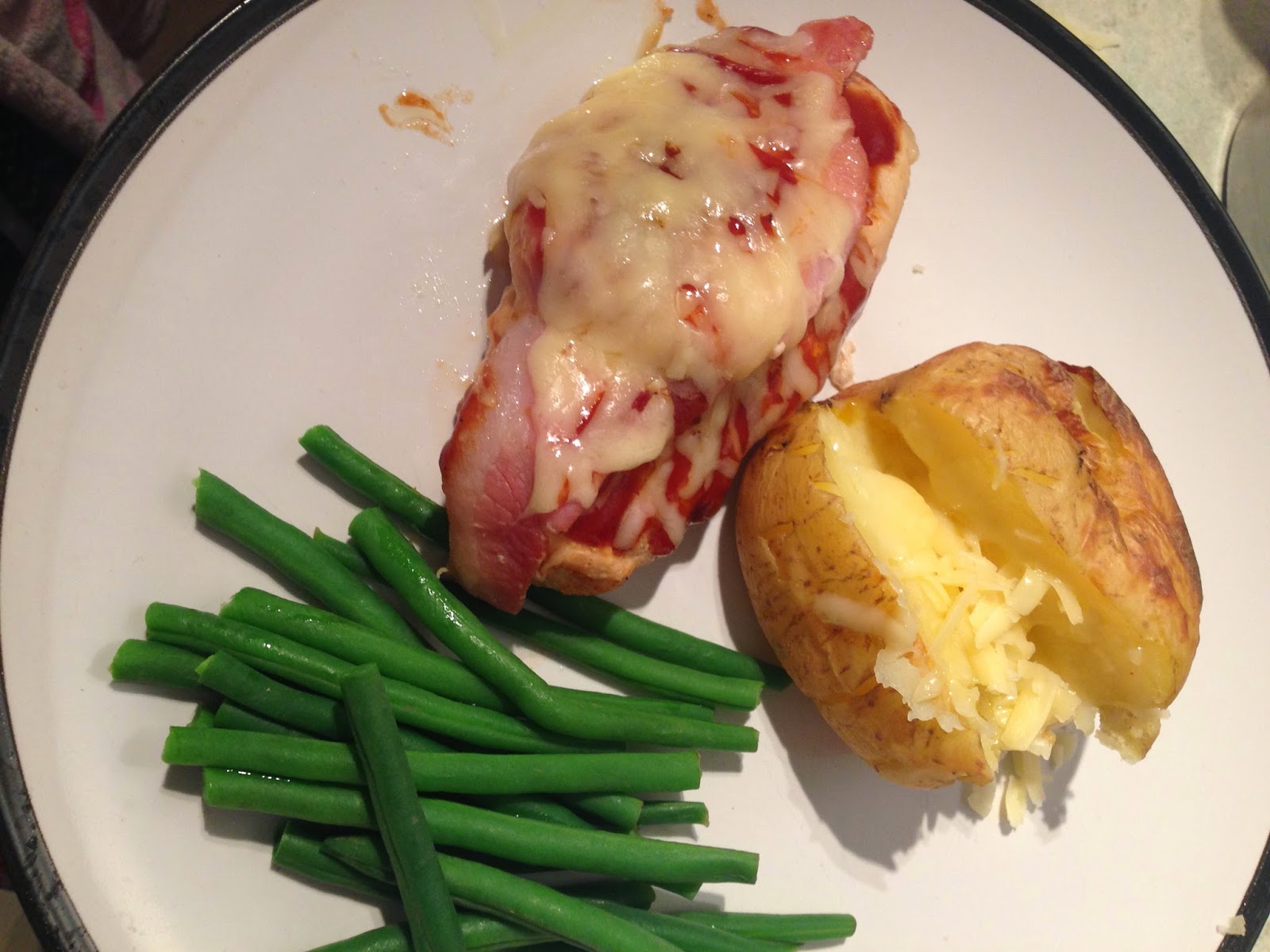 This isn't too bad, depending on how it is cooked. I have also started replacing the baked potato with sweet potato, which makes it better for you. This is usually something I will put together on a Monday night as I won't have had work and it takes a little more effort than some of the dishes I make. 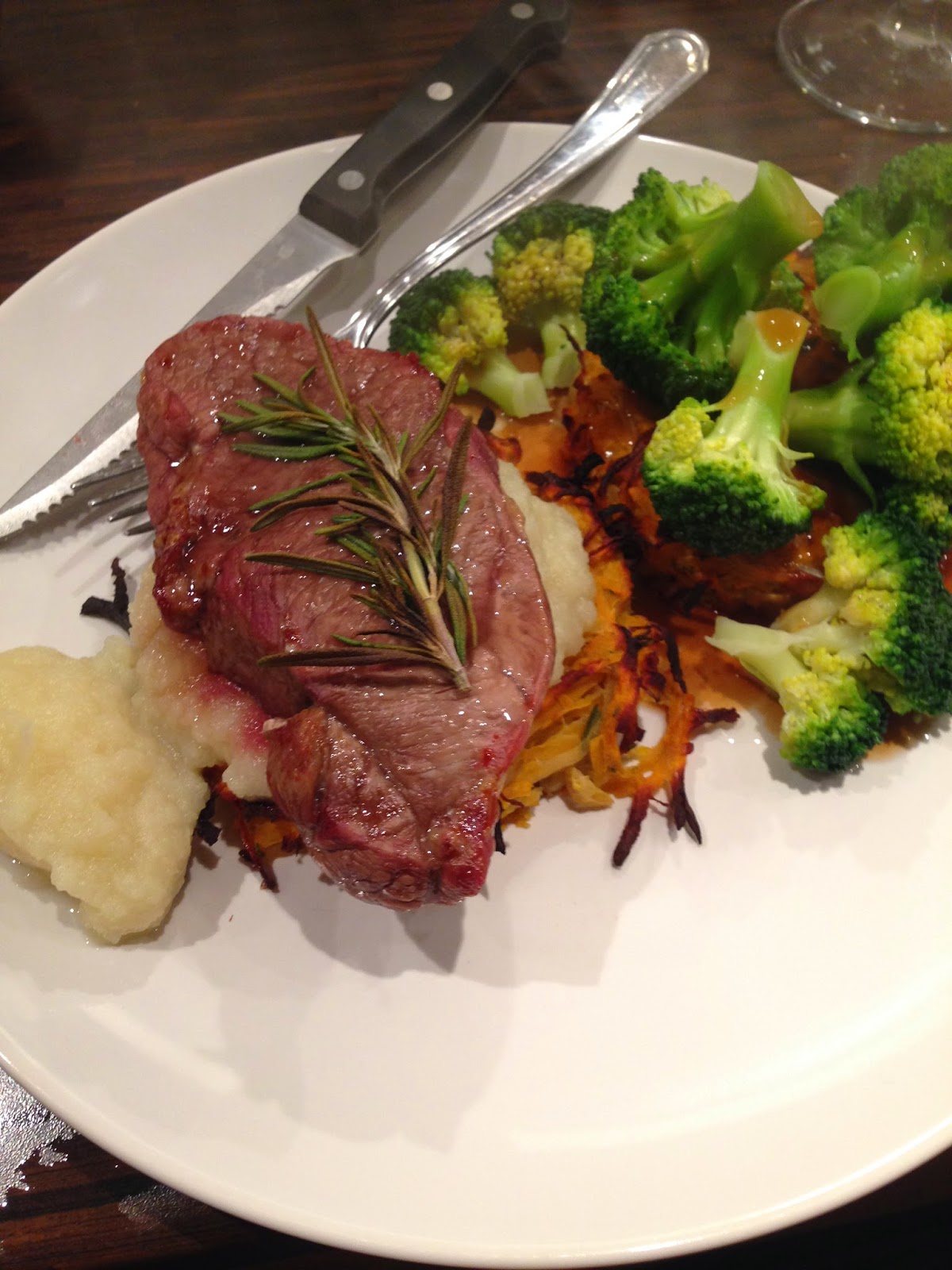 This is actually a creation of Ed's. He is a much better cook than I am and this had a pear and parsnip puree, which is something I wouldn't even know where to start on. It was very yummy. Ed is good at making me try new things. 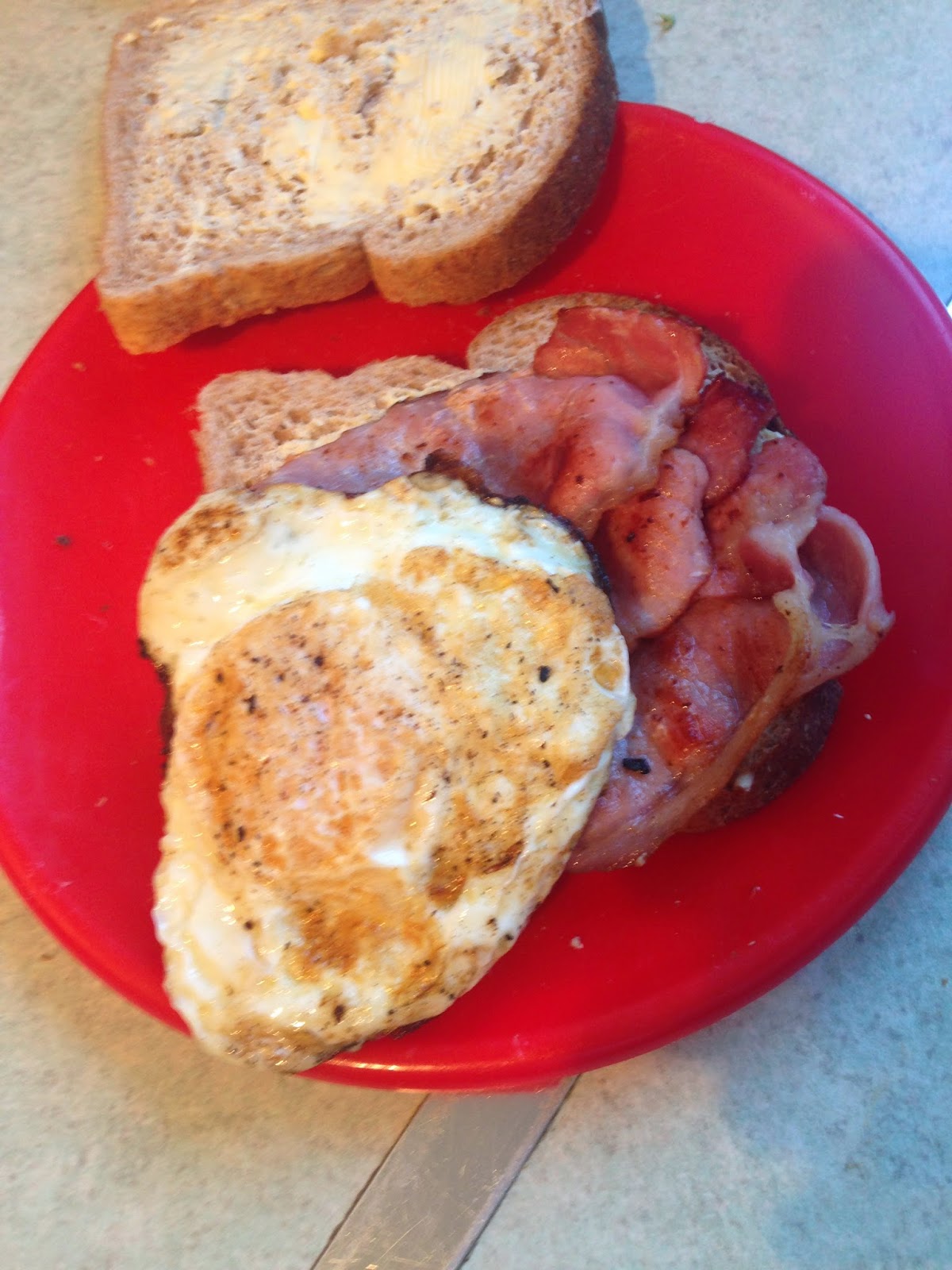 I never used to like eggs until recently when I started having scrambled egg on toast for breakfast. Unfotunately that then changed to fried egg sandwiches, which are my current breakfast obsession, which is not good and something I am trying to get out of doing. I don't usually include Bacon as well as Egg so it's not as bad as this... but still, not good! 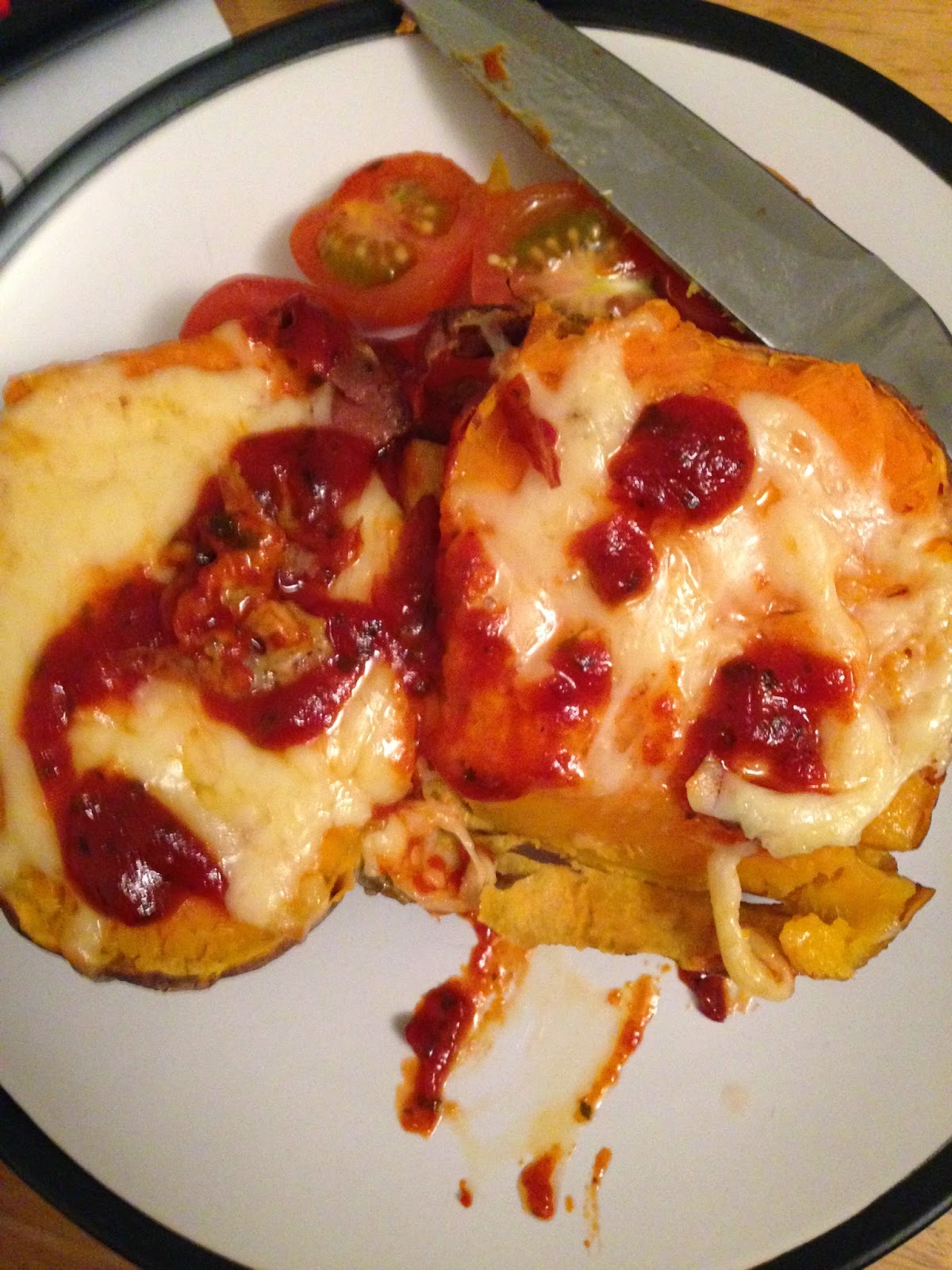 I actually saw this on another blog and fell in love. I used to eat baked potato with Cheese and Tuna before Boxing but it left me feeling a bit bloated and eurgh so I started swapping it for this and it makes me feel so much better. 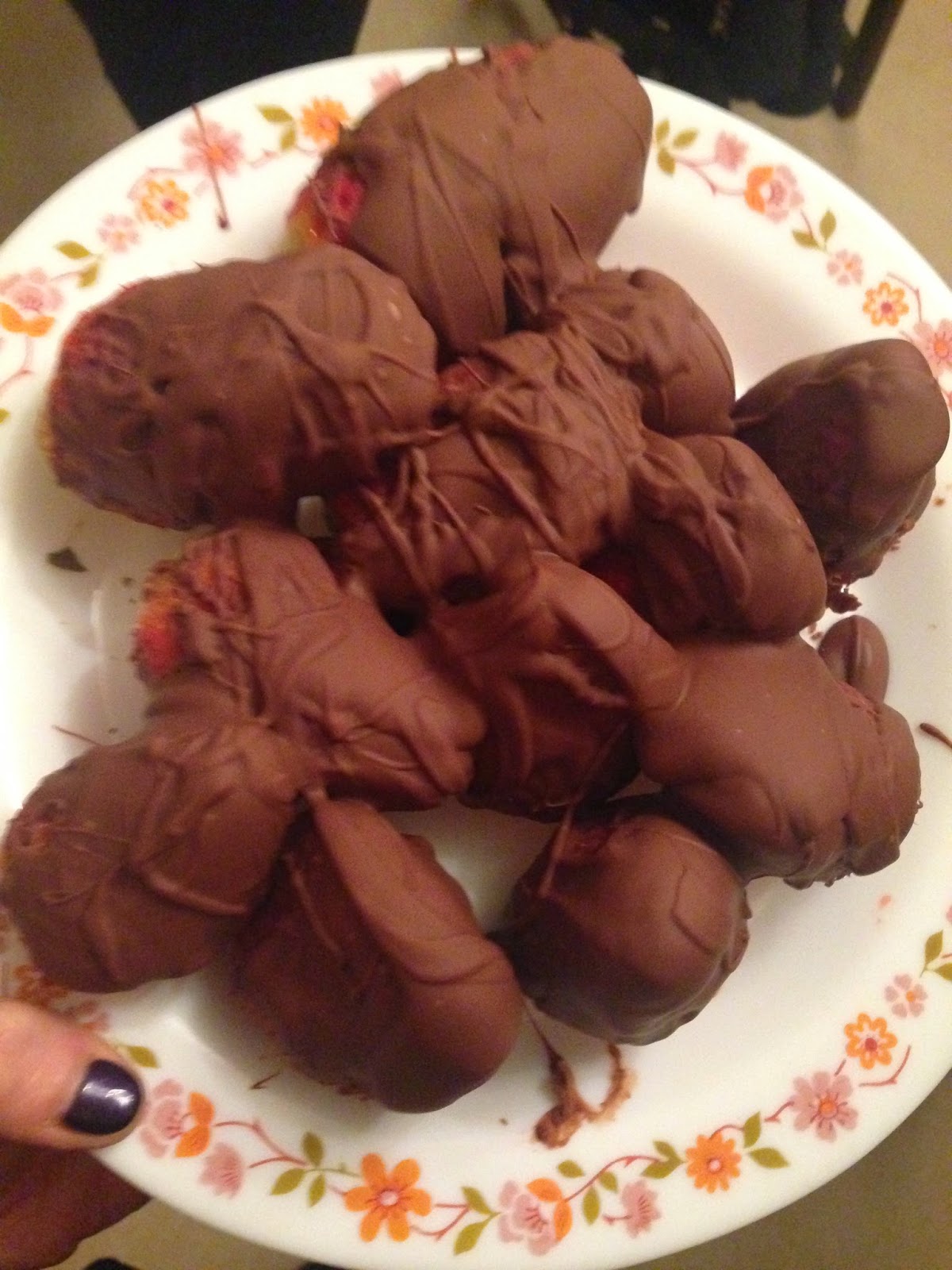 Ok, onto the truly bad stuff. I am in love with Chocolate dipped strawberries, or just chocolate in general. I try to kid myself that having the strawberries makes it better for me, but it really doesn't. Oh so yummy though!

Pancakes with Chocolate Spread and Strawberries 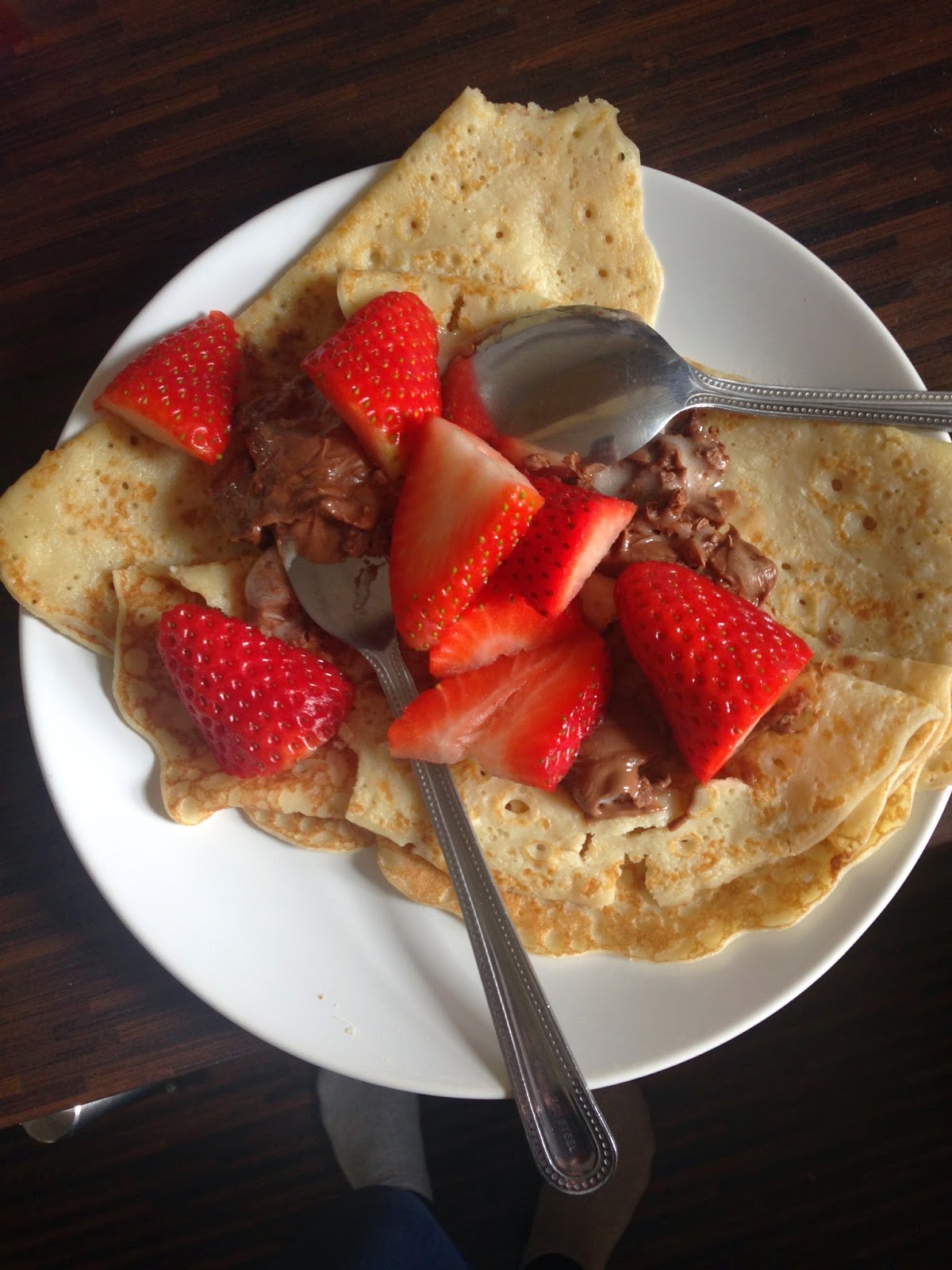 Ok, so I have a confession to make. I am addicted to chocolate spread. It has to be Cadbury's own brand and it can be in pancakes with strawberries, or it can be straight from the jar. It is the main reason I am not losing any of the weight I planned to, and in fact am putting more on. Not. Good! (But so amazingly tasty)