Ooops, I have been a very bad blogger and haven't written a post in a few days! On Thursday I had a much needed shopping trip after a stressful few days. I bought lots of new things for Cameron to wear from George at Asda and I got myself a new top from H&M and some new shoes from New Look. I also bought a photoframe from Sainsbury's as it was reduced by 70%! I had a relaxed night in with my mum that night, watching Life as We Know It, which I thought was ok but nothing special really.

Friday was spent packing and then travelling up to Essex with Cameron and my boyfriend, who was meeting my dad and little sister for the first time. Luckily everyone got on well and that night we went out to an Indian Restaurant and I had a yummy Jalfrezi. I decided to try the lamb for a change and it was very nice. Cameron was really well behaved, even though he was up past his bedtime, and had a whole table full of old people cooing over him as he waved bye bye to them, too sweet! When we got home we watched Paul before going to bed, knackered!

Saturday we were up early and went out to a nearby cafe for breakfast. I had a cooked breakfast which was really nice, and Cameron had some beans and scrambled eggs which he managed to get EVERYWHERE! 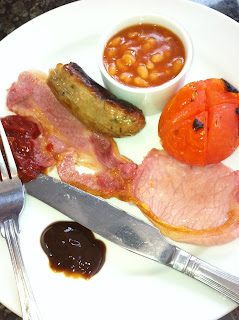 After breakfast we decided to go down to the nearby canal and we had a nice walk along there looking at all the barges. Cameron wore himself out running along and trying to break into all the barges! 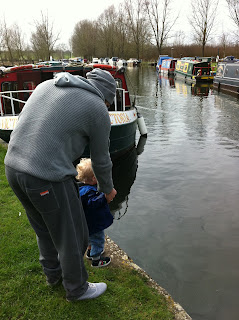 In the afternoon we went to a play park for Cameron, though me, my sister and my boyfriend all went on the swings as well haha. We went food shopping and got some things for dinner and then picked up some lunch. Everyone was exhausted after eating so we all crashed out watching tv. 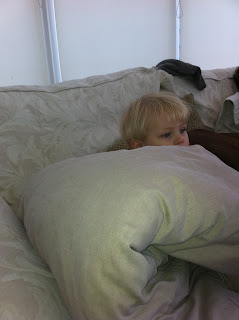 In the evening my dad cooked steak and chips for him and my boyfriend, and me and my sister had a lovely chicken in tomato and mozzarella sauce with new potatoes and veg. Cameron had his favourite, spaghetti bolognese. We watched Take Me Out and then Shallow Hal. It was a lovely chilled out evening.

Today was another early start (aren't all mornings when you have an 18 month old toddler?!) and my dad cooked us some yummy sausage and bacon rolls. 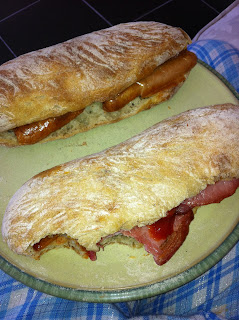 My boyfriend and Cameron helped out my dad with some gardening before it was time for us to go back home. I even got to have a nap in the car as my boyfriend drove, bonus! The rest of today was really lazy as I had Sunday lunch before washing my hair and just getting into my PJs at 2pm! I am looking forward to Desperate Housewives and chocolate later with my mum.

Great weekend! Hope everyone else had a good one too!

thought up by Emma-Louise at 8:50 pm
Email ThisBlogThis!Share to TwitterShare to FacebookShare to Pinterest
Labels: family, food, project 365, weekend