Walking in a Winter Wonderland

I had been looking forward to the weekend for the last few weeks as I had booked up to go to London with my mum, Cameron and boyfriend. All of last week my boyfriend and I were unwell and were getting gradually worse. On Friday afternoon I was told I had a chest infection by my doctor and put on antibiotics. Feeling awful, but determined to still go, we got the coach to London at 7am on Saturday morning and arrived with only one minor mishap on the journey (Cameron threw up the Ribena we had just given him). We headed straight to Hyde Park and into Winter Wonderland where we went to meet Santa! 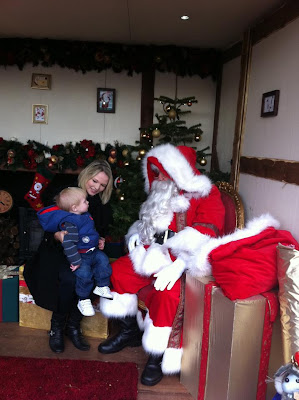 After waiting in line for 45 minutes (and we got there 15 minutes after it opened!!) it was finally our turn to meet the big guy. I was pretty disappointed with the gift Cameron got (though as it was free to meet Santa I guess it was to be expected) as it was a tiny notepad. Cameron clearly isn't even old enough to write..... I decided to purchase two of the photos taken of me and Cameron with Santa as they were so nice, and would be nice to look back on in a few years time. We were hungry by this point as it was lunchtime, so after pushing through the crowds and crowds of people we reached the yummy smelling food stalls. A lot of the food was German, which I wasn't too keen on, but I ended up getting a meat feast pizza made fresh in front of me, which was yummy. We met up briefly with my aunt and youngest cousin who had come to go on some of the rides, before we headed off to find Harrods. 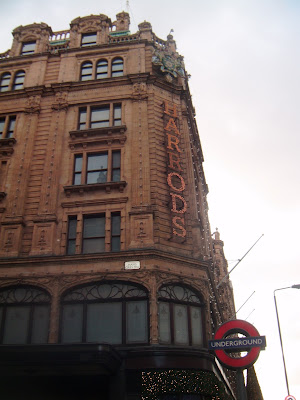 Harrods is massive and we got pretty lost going around it. It is bizarre as it feels more like a mueseum than an expensive shop as there are so many tourists there. I was so tempted by the huge amounts of perfume and makeup on display but I was really good and didn't buy anything! We headed up to the fourth floor to look at all the toys. Cameron was getting a bit fed up with the shop by now so my boyfriend bought him a couple of bears for Christmas and let him play with them going round the rest of the shop. 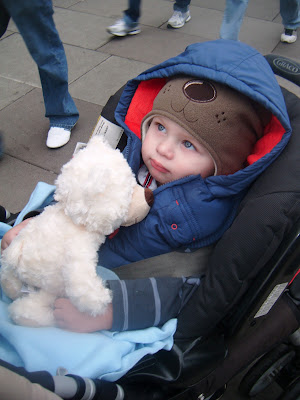 We finally made our way out of the maze of floors and departments and decided, after a short walk, to just get a taxi and head to the hotel in Waterloo as we were all knackered from the early start and busy day. After checking in we went for a lie down for a couple of hours before getting changed and heading out for dinner. My mum looked after Cameron so that me and my boyfriend could have some time alone and we went to a cool converted firestation for a drink before heading to an Indian restaurant and having a lovely, albeit hot, meal.


We got back to the hotel quite early so watched Taken, which I had never seen before, in bed. It was a lovely chilled out evening and just what I needed after a pretty stressful day.

The next morning we had a lie in and then checked out before walking towards The Thames to sightsee. We stopped off for lunch at The Slug and Lettuce and I had smothered chicken, which I hadn't had before. It was really nice! 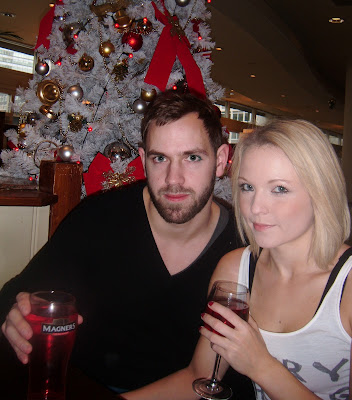 After lunch we ended up going to the London Aquarium, which is now owned by the Sealife Center. It was amazing and definitely worth doing when in London. Cameron has always loved fishes and so he had a really good time exploring. He did end up loving the doors all around the center just as much as the sealife though! 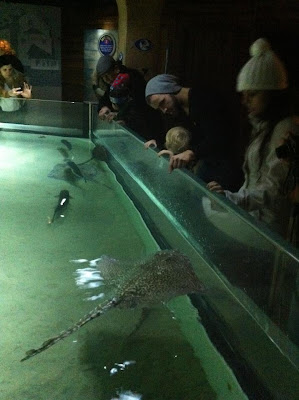 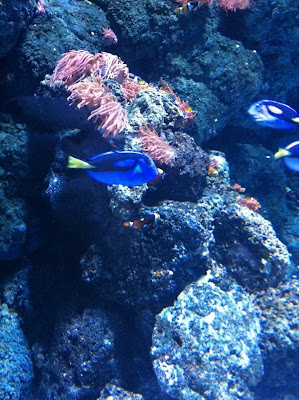 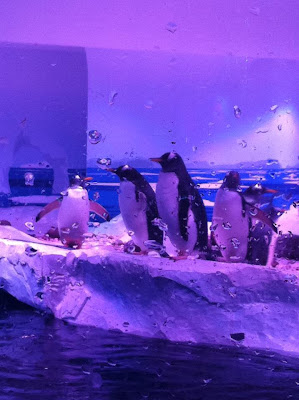 We took some photos of the London Eye and Big Ben before it started chucking it down with rain, prompting me to have to buy an umbrella as Cameron's pushchair cover wasn't sufficient. We started heading towards Victoria, where we would be getting the coach back from, and saw some more sights on the way such as Westminster Abbey. 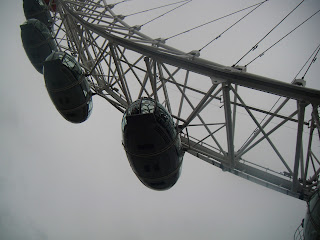 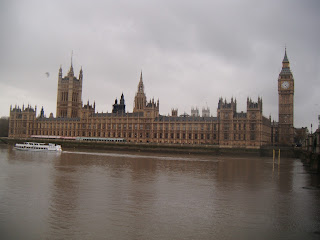 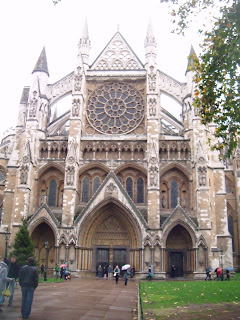 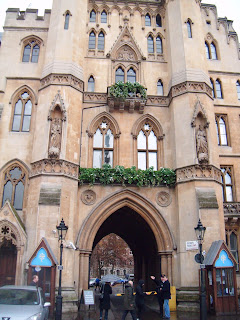 We came across a House of Fraser and went in to have a look at all the beauty stands. I am in love with Urban Decay now! I also lusted over the Benefit stand as I always do and smelt J'adore Dior, which I fell in love with. 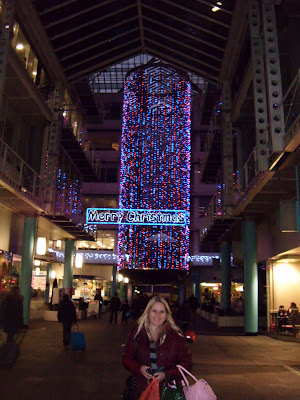 After looking round some more shops and getting some food for the coach we headed to the station. This is where the nightmare started. The coach was really hot and stuffy and getting out of London took an hour in the traffic meaning Cameron was really fed up and crying. I stripped him down to his vest but he was still sweaty and very upset. Nothing would calm him down and it was incredibly stressful all the way home. By the time we got back I was totally fed up and decided to make the tough choice to not go and see my brother and his girlfriend in Newcastle for Christmas. It would mean two 8 hour coach journys and a couple of two hour car journeys in total and it would be too much for Cameron. It means that I will be spending a few days away from all my family just after Christmas, but I couldn't face three times the length of that journey back!

I had a great weekend despite still not feeling 100% and the stressful parts and am really pleased we got to go and see Santa!

thought up by Emma-Louise at 6:43 pm
Email ThisBlogThis!Share to TwitterShare to FacebookShare to Pinterest
Labels: london, winter wonderland