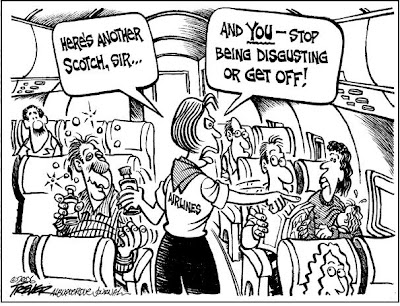 I forewarn my readers that I get VERY opinionated on this topic as it is so close to my heart, being a mother who breastfed.

The topic has come to light in the last couple of days due to managers at department store Debenhams's Oxford branch reportedly telling a breastfeeding mother, who was at the time feeding her four week old son, to stop what she was doing and move. This act is illegal. It is illegal to tell, or even ask a breastfeeding mother to move from a public place, whether this be a restaurant, a park or, as in this case, a department store. When the woman refused to move until her baby had finished feeding, a second manager was called over and again they told her to move. The woman again refused and stayed where she was until the baby finished his feed. She told the managers of her rights to feed in public, and requested an address to write a complaint to. The woman then took to Facebook and Netmums to discuss her experience, and a huge amount of people started talking about the incident.

There were a lot of angry attacks on the Debenhams Official Facebook page, and they did themselves no favours by at first trying to blame the incident on a 'faulty glass shelf' above where the woman had been sitting, which could have caused her and the baby harm. This cock and bull story was obviously met with a lot of anger as, if it were actually true, a lot of other people would have been in danger in the shop, including a lot of young babies and children who had sat in the same place.

Debenhams eventually conceeded and released a second statement saying that the incident was an isolated one, that they were very much behind breastfeeding in public and in their store, and that they would be looking into the matter, retraining their staff etc, as well as issuing an apology again to the woman in question. Understandably, this wasn't the end to it, especially as the previous statement had been shown to be a lie. There were no faulty shelves, this was their attempt to shut everybody up.

Most of the comments on the page were from people appalled at the behaviour of the managers at the Oxford branch, however, a lot of people came out of the woodwork to show that no wonder the breastfeeding figures are at an all time low when people still have ignorant views and opinions about how breastfeeding should be dealt with in public. A minority of people started saying that women should be made to hide away in tiny rooms, especially made for the purpose, when breastfeeding whilst out and about. A few women even said it 'offended' them to see women breastfeeding in the middle of a shop or a restaurant. I also saw people calling it 'exposing' yourself, when breastfeeding, and 'taking the piss' in reference to women stopping in the middle of a shop to feed her hungry child, rather than move away to a discreet corner somewhere to do it. 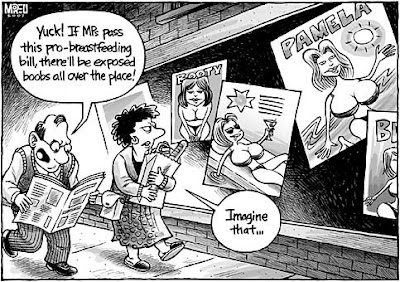 These views shocked and appalled me as women have every right to feed in public, it is a natural thing and I know from experience that when a baby is hungry, they need feeding right away. Many women stop breastfeeding, or don't even attempt it because of the views of some people, like those commenting yesterday. They feel dirty and embarrassed to be feeding their child, and therefore give up.

I am not one of those people who try and force other women to breastfeed, I found it really hard and I did in fact stop after four months, because I personally could no longer cope with it. However, I do think that if you can, you should attempt to feed your child at least for the first few days, as that is when you are producing the most nutririous milk, that will really help your child. I am so dissappointed that women are put off feeding due to ignorant, small minded opinions of a minotity of society.

I got very worked up yesterday with the women, slagging off other women for simply feeding their babies in public places. I used to feed Cameron walking along the road, discreetly of course, if he needed feeding urgently. I also fed him on numerous occasssions in departments stores, restaurants and in parks and play areas. There is absolutely nothing wrong with feeding in public, and to any women reading this who are pregnant or new mums, please don't let these small minded idiots put you off from feeding your child.

If you would like to check out the information about laws regarding breastfeeding in public then a useful link can be found here. If you wish to read up on the story I mentioned in the news then click here.

thought up by Emma-Louise at 2:21 pm
Email ThisBlogThis!Share to TwitterShare to FacebookShare to Pinterest
Labels: breastfeeding, debenhams, pregnancy, topic tuesday