Things That Annoy Me!

Ages ago I did a post on things that annoy me, I thought I would update this as a list of things currently annoying me:

I hate everything about estate agents. I hate their smarmy manner, the way they look down on you if you aren't the perfect person they clearly think they are; I hate the way they play with their power over you getting a house/flat and the thing I hate most is the fees they seem to make up in order to make you as poor as possible when starting out in your new home! I am very very fed up with the whole moving flat scenario at the moment, and right now estate agents are my number 1 hate!

2. People staring into your car when stopped at a red light 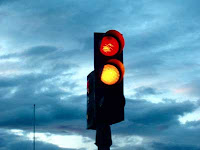 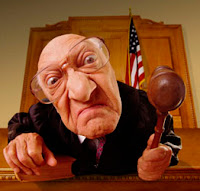 Another pet hate is when other people think it is perfectly fine to judge you. I was in the supermarket earlier today, having a stressful time as it was, with my mum buying the food for my brother for the week whilst she is away on holiday. We had Cameron with us, and about halfway around the shop he decided to have a temper tantrum, which went on...and on... and on! It was still ongoing when we reached the tills, and about ten people decided they were going to stare at us, some tutted(!) and I even heard one woman make a remark about how I was a bad mum... err, why?? Because my 11 month old baby decided he wanted to push his own pushchair around the shop instead of sitting in it nicely? And when I dared to take it away from him he would not stop yelling? He was well fed, had a drink just before, didn't have a dirty nappy etc etc... So what, exactly, was I meant to have done differently? I had no other time to do the shopping... It just annoys me so much that other people think it is their business to judge someone like that!

4. People who think their opinion is the right opinion, all the time!!

This especially seems to come up when a big debate happens, such as the most recent riots across the UK. There are just some people who refuse to listen to other people's views and their own has to be right, everyone else is wrong. This is just really childish, and pretty ignorant, so I am learning to just ignore these people. It isn't worth the hassle!

5. Friends who are only there when they need something

I am sure everyone has at least one friend who isn't really much of a true friend. They don't speak to you for days/weeks/months and then all of a sudden they get back in touch and surprise surprise, it is because they want to moan to you, or have nobody else to hang around with, or they want something from you.... It really annoys me, and I am fed up of having these negative people in my life.

thought up by Emma-Louise at 10:10 pm
Email ThisBlogThis!Share to TwitterShare to FacebookShare to Pinterest