I recieved my first (and last) GlossyBox just before I went away and I have only just gotten around to testing the products out. To be honest, the perfume was one of my least favourite items from the box. It looks like the sort of perfume my nan would prefer to myself, and on first sniff I was still of this opinion....

What it Says on the Label:

"A charming debut fragrance by the acclaimed designer, the eponymous frangrance's light floral notes, with natural extracts of rose geranium and bergamot, are subtly balanced with fresh fig and a hint of chocolate". 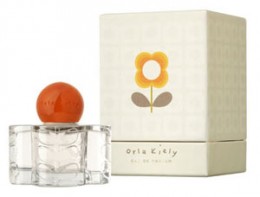 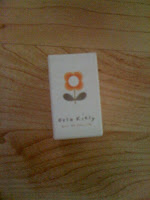 I only have the tester sized bottle but don't think I will be needing any more than that... The packaging is too boring for me and the bottle itself, as I have mentioned previously, looks suited for a much older person with a little orangey lid... I just didn't get on with it from the start. The perfume smells quite strong to start with but does fade a little once dry. I kept getting whiffs of it every time I moved my hands around though and I didn't think it improved as time went by. It smells a little like bathrooms in pubs where they have made an effort to cover any nasty smells with a too stong floral scent and it becomes sickly. That is the best way to describe it. I am sure some people would like this scent, but for me, it just isn't working!

thought up by Emma-Louise at 8:41 pm
Email ThisBlogThis!Share to TwitterShare to FacebookShare to Pinterest