A Night In With The BAFTA's 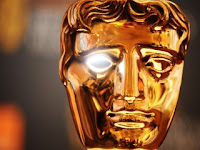 ﻿﻿
I love watching the BAFTA's on TV. It isn't just because I love films, but also because of what degree I am doing. I love the mega events and seeing all the glitz and glam of the celebrities at the events just makes me want to work on these events even more. Sadly, I doubt I will end up working on them as I would not like to live in London or any of the other major cities that host them because I don't want Cameron growing up there. I have great respect for those that do plan and put on these huge events though as I know, from my degree, and from putting on small scale events, that this scale of an event takes a huge amount of effort and skill to make it work and look seamless for us watching it in the audience or on TV.

In case you missed it. The results were as follows:

As you can see, the big winner of the night was The King's Speech! The film picked up an amazing 7 awards! I haven't seen this myself but have been told by loads of people that it was amazing. I really don't see it as my type of film, but I may have to watch it when my mum (inevitably) buys it on DVD. My personal favourite (wait for it!) Black Swan won the award for Leading Actress. Natalie Portman was unable to attend the awards as she is too pregnant to fly!!

One of the funniest moments of the night was Rosamund Pike and Dominic Cooper's weird mess up of an intro for Original Screenplay! At one point the already stumbling on her words actress almost revealed the winner before the nominations were read out! Jonathon Ross had to run on stage to stop her. Classic car crash TV....Even funnier when a beardy looking Gerard Butler made fun of it whilst announcing the nominations for Leading Actress!

My personal worst part of the awards was the over the top speeches of Harry Potter cast and crew, especially JK Rowling (who I think gets far too much credit for something she has been accused of copying).

Personal best part was of course Black Swan's Best Film Nomination, if only to see the gorgeous Natalie Portman again! I love this film and can't wait to watch it again!

Least surprising win of the night was Toy Story 3 winning Best Animated Film! This film was amazing, a great addition to the Toy Story films and made everyone I know who watched it, regardless of age, cry at least once! Well deserved win in my opinion.

Another thing to come out of the awards is that I now want to watch The Social Network after seeing the nomination for it for Best Film! Looks amazing, especially having just done an assignment on Facebook/Social Networking.

﻿﻿﻿﻿
thought up by Emma-Louise at 10:53 pm
Email ThisBlogThis!Share to TwitterShare to FacebookShare to Pinterest